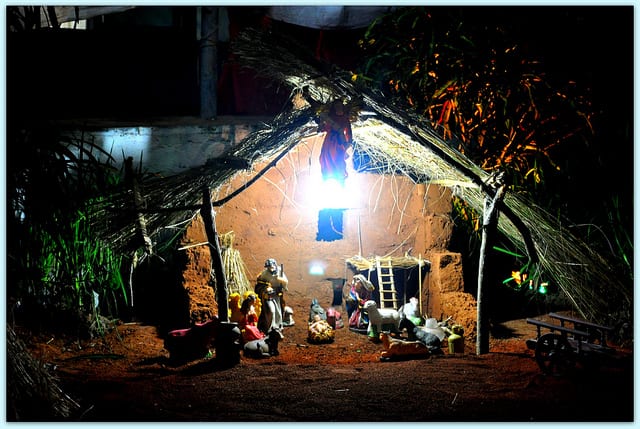 Archbishop Filippe Neri Ferrao, delivered a Christmas address in which he stressed that the Earth’s natural resources rightfully belong to all of the Earth’s children, including future generations, shared equally.

The Goenchi Mati Movement (GMM) advocates for the reform of mining practices in the Indian state of Goa. At part of these reforms, the group endorses a type of basic income: a citizen’s dividend financed by returns on money made from the sale of iron ore and other minerals (similar to the model of the Alaska Permanent Fund and Dividend, from which GMM draws inspiration). According to GMM, the minerals of Goa are rightfully owned in common by all of the state’s residents and their progeny; thus, any monetary gain from these minerals should be invested for the sake of future generations, and earnings on these investments should be distributed equally among all Goans.

In December, GMM was delighted to hear the Archbishop of Goa and Daman, Rev. Filippe Neri Ferrao, express similar sentiments in his annual Christmas address, while explicitly discussing Goa’s controversial mining practices. In the latter half of the address, while speaking about the duties of civil government, Rev. Ferrao stated:

Our beloved Pope Francis says: “The earth is essentially a shared inheritance, whose fruits are meant to benefit everyone.” He further says: “Each community can take from the bounty of the earth whatever it needs for subsistence, but it also has the duty to protect the earth and to ensure its fruitfulness for the coming generations.” The Pope is referring to the principle of inter-generational equity, which the Supreme Court of India has made into a law to be followed in the Goa mining case that it heard in 2012-14.

We are trustees of our land holdings. It is our solemn duty to ensure that the value of the land is passed on to our children and future generations. Only then may we enjoy the fruits, shared equally. All generations and all within a generation would benefit equally. This would truly embody the central message of most religions, “treat others as you would want to be treated yourself.”

But what we see is an extensive environmental and social damage to Goa, which has generated rampant corruption and even weakened governance. It has been an assault on our community and on our natural wealth. More distressingly, it has been a loss to our children and to our future generations. Are we not answerable to them? Or are they going to remember us as an irresponsible generation that has squandered natural wealth for the benefit of a few?

In a subsequent press release, GMM announced, “The Goenchi Mati Movement welcomes the statement of the Archbishop at the recent Annual Civic Reception endorsing the idea of intergenerational equity in mining. As was rightly pointed out, minerals are a shared inheritance. And the existing system is leading to enormous corruption and mis-governance.”

With state elections to take place on February 4, 2017, GMM is encouraging Goans to only vote for candidates who support its call for a permanent fund and citizen’s dividend, as well as the rest of its Manifesto.