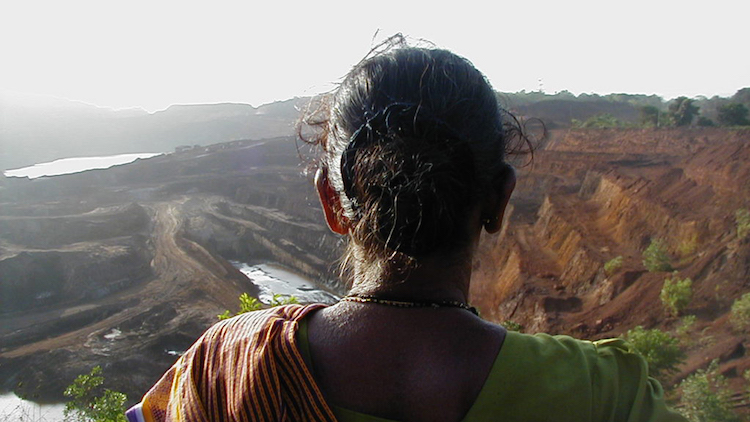 The Goenchi Mati Movement advocates for the reform of mining practices in the Indian state of Goa. Its proposals include the investment of all money from iron ore mining into a permanent fund, which would be used to finance a citizen’s dividend.

Similar to Alaska’s Permanent Fund Dividend, the fund’s income would be distributed equally to all citizens in the form of an unconditional cash grant, providing all Goans with a basic income.

Founded in 2014, the Goenchi Mati Movement (GMM) aspires to reform mining practices that it believes to deprive residents of Goa their deserved share of the natural resources in their homeland, while also rapidly depleting these resources and damaging the environment. Describing the state’s mining practices, the GMM’s Manifesto says, “The total loss was enormous: nearly twice the state revenues, or over 25% of per capita income, or thrice the poverty line. The loss was effectively a per head tax equally on everyone. A few have become rich from our children’s inheritance. This is clearly not a reasonable situation.” 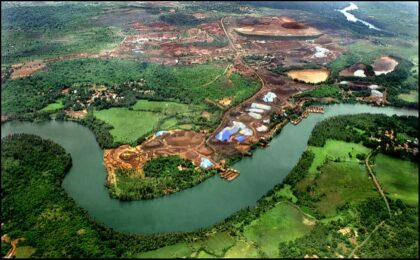 While iron ore mining has a long history in Goa, it expanded rapidly during the mid-2000s, and quickly became plagued with malpractice and illegal activity. In September 2012, the Supreme Court of India temporarily suspended mining in the state while hearing a public interest litigation. In its final judgement in April 2014, the Supreme Court declared all mining activities to have been illegal, largely due to mining companies’ lack of valid leases and licenses.

The environmental action group The Goa Foundation submitted a series of letters to the government of Goa in 2014, wherein it demanded the recovery of losses due to illegal mining and a restructured mining system based on the Goenchi Mati Principles. However, the government did not respond and began renewing the leases of Goa’s iron ore mines near the end of the year. By early 2015, the government had renewed the leases of 88 mines.

The Goenchi Mati Movement has published a Manifesto that outlines its proposal, which centers on six core principles (bold typeface in original):

1. We, the people of Goa, own the minerals in common. The state government is merely a trustee of natural resources for the people and especially future generations.

2. As we have inherited the minerals, we are simply custodians and must pass them on to future generations.

3. Therefore, if we mine and we sell our mineral resources, we must ensure zero loss, i.e. capture of the full economic rent (sale price minus cost of extraction, cost including reasonable profit for miner). Any loss is a loss to all of us and our future generations.

4. All the money received from our minerals must be saved in the Goenchi Mati Permanent Fund, as already implemented all over the globe. Like the minerals, the Permanent Fund will also be part of the commons. The Supreme Court has ordered the creation of a Permanent Fund for Goan iron ore and already Rs. 94 crores [about 3.8 million USD] is deposited.

5. Any real income (after inflation) from the Goenchi Mati Permanent Fund must only be distributed to all as a right of ownership, a Citizen’s Dividend. This is like the comunidade zonn, but paid to everyone. [The comunidades of Goa are traditional villages in which land is owned collectively. Comunidades pay an annual dividend, called the zonn, to residents.]

6. The implementation of these principles will be done in a transparent participatory process with the people of Goa.

The GMM launched its Manifesto at a press conference on Monday, November 21, and hopes soon to publish it in multiple languages, as well as to develop a variety of supplemental materials (e.g. animated explainer videos, video-based FAQs, and even songs and street theatre). 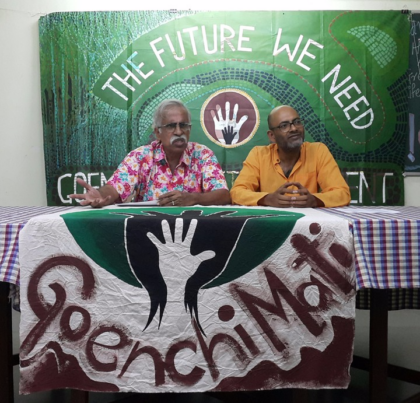 The Permanent Fund and Dividend

As stated in the manifesto, an important first step towards the creation of a Goan iron ore permanent fund is already in place: in April 2014, the Supreme Court of India issued an order that mandated the establishment of such a fund, which presently holds Rs 94 crores (or about 3.8 million USD). Commenting on the significance of the permanent fund, Rahul Basu of the GMM states, “It is, to our knowledge, the first such permanent fund on intergenerational equity grounds to be ordered by judicial pronouncement. If it stands up to the legal challenges, which will then also clarify some aspects of the order, it can become a global legal precedent, which makes it potentially very powerful.” However, the Supreme Court’s order did not require that the permanent fund be used to finance a citizen’s dividend. 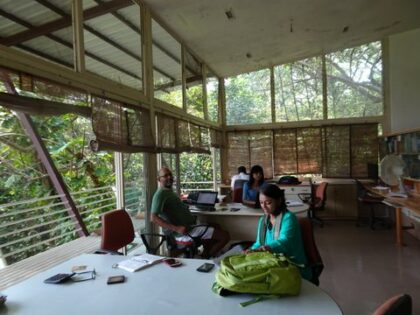 According to the Goenchi Mati Movement, the citizen’s dividend is a crucial component of the mining reforms for several reasons. First, it gives Goan citizens a stake in the minerals in their land, creating a stronger bond between the citizens and the commons (as one of GMM’s blog posts puts it).

Second, it leaves the government without money from the sale of the state’s minerals. In the absence of money from iron ore, the government might then be forced to tax its citizens to raise revenue. Following thinkers like Daron Acemoglu and James Robinson (the authors of Why Nations Fail), GMM argues that this change would promote good governance: “If the government wants to do all the various good things that need to be done, let them make a case to the people directly. If the people feel the government is good, they will agree to whatever new tax is imposed.”

Third, it compensates for what GMM sees as a bald injustice. As Basu describes it, any appropriation of parts of the commons–such as minerals and the land containing them–is effectively a “per head tax” or a “negative UBI” (that is, a practice that takes a share of resources away from every citizen). 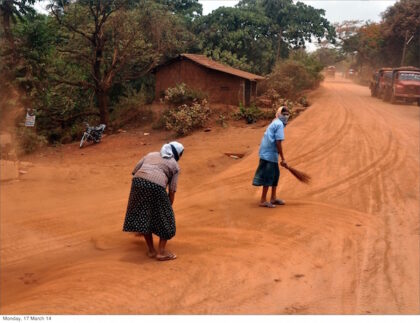 Further reflecting on the moral significance of the dividend, Basu comments:

GMM has been influenced by the model of Alaska’s Permanent Fund and Dividend, and also considers itself closely aligned in its thinking with Our Children’s Trust, an Oregon-based organization that promotes global action for the adoption of carbon tax and dividend policies.

This is the optimum way of promoting community development while giving every man, woman and child a sense of basic security and pride in their community. It is enlightened, it is sensible, and it is eminently feasible.

With state elections to take place in early 2017, the Goenchi Mati Movement is urging Goans to vote only for politicians who will implement its Manifesto, and is currently devoting much of its attention to this political action.

As other sources confirm, mining policy is expected to be a central area of debate in the 2017 state elections. The Aam Aadmi Party (AAP), a relatively young party in Goa, promises sustainable mining practices, while meanwhile calling for a doubling of the mining cap. Meanwhile, environmental groups such as the Goa Foundation oppose the AAP’s plans, calling for greater restrictions.

The two major parties in India, the Bharatiya Janata Party (BJP) and the Indian National Congress, were in power during the controversial and illegal practices documented by the Goa Foundation — the Congress while the illegal mining practice themselves were occurring, and the BJP when the leases of the companies were renewed.

GMM states, “We urge whichever Government is elected in 2017 to immediately cancel the leases and reframe a fair and just mining policy for the people of Goa. We request the Public to join our campaign, fight for what is rightfully theirs and urge them to vote for those politicians that will change the system.”

GMM has produced a short video to emphasize this message:

Outside of direct political action, the Goenchi Mati Movement has been adopting other strategies to raise awareness of its vision. For example, on November 11, it sponsored an art show intended to promote reflection on the shared inheritance of the citizens of Goa. While this initial show was centered on paintings, GMM plans to host a second art show featuring cartoons, and third featuring photography.

Basu states, “Artists are at the leading edge of thinking, and they influence the masses in subtle and long term ways.” 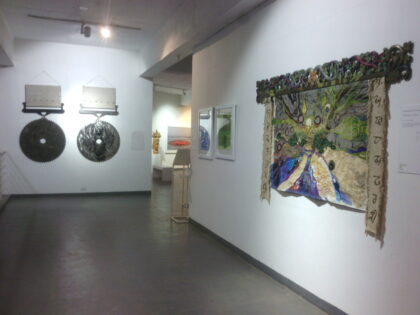 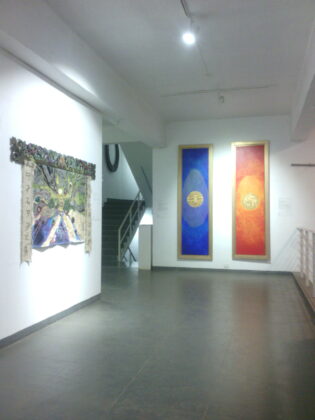 Additionally, the Goa Foundation is engaging in litigation — a challenge to the structure of the Goan permanent fund (including the demand for citizen’s dividend), and a challenge to the 2014-15 lease renewals of the mines — and beginning to undertake academic research. 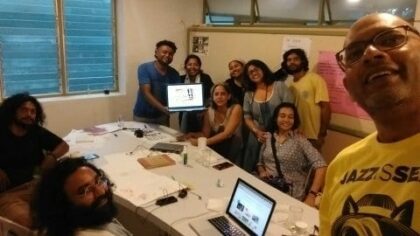 Rahul Basu and Deepak Narayanan (August 3, 2016) “Viewpoint: What can we learn from a campaign for zero-loss mining in Goa?” Citizen’s Income Trust.

Connects the activities of the Goenchi Mati Movement to the worldwide movement for basic income. Published on the blog of BIEN’s UK affiliate, the Citizen’s Income Trust.

Goenchi Mati (September 20, 2016) “Why should all mineral receipts be saved in the Permanent Fund?”

Argues that mineral receipts should be saved only in a permanent fund.

Addresses the counterargument that some of the revenue of the iron ore permanent fund should go to the government instead of directly to the citizens.

Thanks to Rahul Basu for supplying information and photos, and for reviewing an earlier draft of this article.