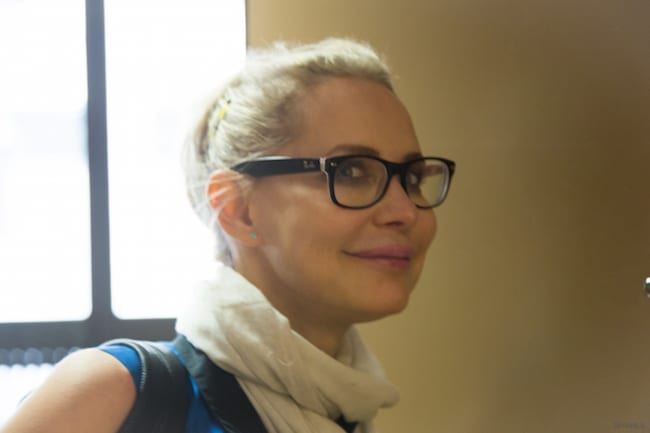 I first came across basic income in summer of 2001 when instructed about it by Workers’ Party Senator Eduardo Suplicy, at his home in São Paulo. I was doing research on workers’ rights, at the same time undertaking a survey of economic security among residents in poor and middle-income districts (published in World Development, 2011a). Eduardo famously played a key role in the drive to legalise a basic income as a policy goal in Brazil, and in presenting the extension of targeted cash grants as a step towards it (Suplicy, 2002). Eduardo was insistent that I do not go home that evening till I mastered all there was to know about reasons for basic income and how the path towards it was being paved in Brazil. Night fell. I remember enjoying more than a few helpings of food and tea, before Eduardo was satisfied I understood, after which – the gentleman that he is – he accompanied me to somewhere I could hail a cab, making sure to have a long friendly chat with the driver before we were sent off into the night.

The basic income appealed to me then primarily as a necessary foundation for consolidating workers’ rights – and in many ways that is still how I see it, but in a broader context of rights to human development. I had been working on workers’ rights and issues of economic citizenship since the early 1990s, during my PhD on Chile and later work on South Korea, both places I spent a lot of time and in which I did surveys of workers’ condition of precarity and their institutional sources of power. Against this background I was struck by the sanity – the immediately obvious justification for basic income. It seemed to me evident that the most important justification was a basic humanist and democratic one – and I still think that today.

Coming to the BI proposal from the perspective of workers’ movements, and in general the problem of the democratisation of everyday institutions, gives a different perspective on the political character of a BI reform. Above all, it makes it evident that BI intersects with other institutional and political challenges. This is something I am very conscious of when thinking about the question of how a BI might extend the social bases of freedom.

The sense in which I first found BI intuitively important was in relation to occupational freedom. I had been studying the economic liberalisation and institutional restructuring of the Chilean economy during the years of Pinochet and found that the precariousness among workers it generated, both economically and institutionally, had become embedded in a way that the new democratic regime of 1990 could not overturn (Haagh 2002a, 1999). The result, I argued (Haagh, 2002b), was that Chile deepened political rights without this leading to the expected deepening of social rights, given the absence of economic rights. This marked an evident contrast to the formation of welfare states in Europe in the 20th century, as discussed in T.H. Marshall (1949). Before I knew about basic income – during the mid-1990s – I had been working on a concept of ‘occupational citizenship’ – first in my PhD and then during a later British Academy post-doctoral fellowship at Oxford University. Essentially, what sparked my enquiry was the contradiction within liberal economic theory – so manifest in the labour market outcomes I studied in Chile – between the expectation of worker mobility– and the lack of underlying forms of economic security – in the forms both of money and services – that would make this sustainable.

I argued the atomised labour market regime not only predictably led to weak investment in skills, and thus a low-wage, low–skill equilibrium economy (Haagh 1999). In addition, it undermined workers’ freedom in a way that denied them effective citizenship within the polity at large (Haagh 2002a,b).

Having theorised a ‘gap’ in terms of absence of occupational citizenship (Haagh 1999, 2002a), it seemed obvious to me that basic income (BI) would be a necessary but not sufficient element in improving persons’ control of their lives.

There are important lessons from Latin America about the political conditions for a BI reform that are important to consider as the debate on BI is gaining force in Europe today. These are of both a practical and analytical kind. Like the case of Chile’s in part stunted democratization, the story of BI in Latin America is not a straightforward one of cash grants turning into rights (Lo Vuolo 2013). Similarly, one cannot be sure prospective transitions into partial forms of basic income through experimentation in Europe will turn into secure bastions of freedom, given the overall context of austerity and preceding roll-back of public sector protections (Haagh 2015).

It is ironic to think that Friedman – who advocated a form of constant basic security in the shape of the Negative Income Tax essentially on freedom grounds as rooted in an idea of independence – also indirectly was architect of Chile’s economic experiment.[1] The irony lies in the fact that that experiment was not complemented with a set of basic rights outside the market. On the contrary, deregulation of unions’ functions – detailed in Haagh (2002a,b) – along with other mechanisms of economic security, was paralleled with the implementation a state organised system of individual insurance, too weakly subsidized to afford real protection (Haagh 2002a, 2006). Given the underlying precarity of workers’ income streams, the individual insurance model was unable to offer effective cover.

The case of Chile shows why basic income has moral appeal, yet the basis of that appeal that lie in destabilisation, precarity, inequality, and loss of workers’ democratic rights may not be a likely political basis for a sustainable BI reform. Moreover, time has shown that in conditions of high inequality and weaker public finances, such as in Latin America, political preferences are likely to continue to be for targeted and conditional benefits (Lo Vuolo 2013, Haagh 2007, 2011a, 2013, Haagh and Helgø 2002).

The practical contradiction – as demonstrated in Chile – between the two seemingly symbiotic elements of Friedman’s advocacy, for economic liberalisation, and for basic security, is then not that surprising from a political and institutional perspective.

This is because the destabilisation of institutions that the first project entails destroys the basis for everyday cooperation within society that gives legitimacy to the second project to extend universal rights. Although Friedman did not see the Negative Income Tax as a welfare right, but as a kind of money mechanism to promote agency and ensure against basic risk, even something ostensibly simple like the NIT, depends on quite complex institutional development and political agreements. The fact that Friedman did not like the welfare state does not mean it did and does not exist in the United States. It is its more hierarchical – interclass-distributive- form that makes it more incoherent and punitive (Haagh 2012, 2015).

In short, the conditions of precarity in Latin America – now more common in the developed world – showed me why basic income is morally necessary for the market economy (as Friedman knew), but not itself sufficient for freedom in a democratic polity.

The Chilean case also showed me that the moral appeal of basic income is not the same as a political foundation for basic income reform. The two may even be contradictory if moral appeal is linked with conditions of crisis and compensation, as distinct from equality as equal standing in a more complex sense, which gives to BI a key but partial role in democratising institutions’ form.

For me it is very important to stress the compatibility of basic income and the interests of workers’ movements. The demands made by workers’ organisations historically can be argued to have played a transitional role in a process of democratisation to consolidate more universal rights. At the same time, the interests they channel in terms of institutions’ stability and democratic form represents something constant and deeper. This is important to remember today when – in a context of growing precarity in the developed world – there is a risk that the defence of basic income comes to be thought about as compensation for loss of – or an exchange for – other rights.

Coming back to that evening in 2001, it was not at all a surprise to me then that it was a Senator of a Workers’ Party advocating for basic income who was trying to convince me of the. To me, it was intuitive that workers’ movements should and would embrace the idea – at least in the context of a family of rights-based institutional changes. Having come to BI via work on unions, I was therefore quite surprised when – after going to the BIEN Congress in Geneva in 2002 – I became aware of the polemical nature of the BI debate concerning the relationship of that proposal and the established welfare state – hereunder social democracy and the union movement. Although it is painful to acknowledge, I think an important basis for that real life tension lies in the academic basis of the BI proposal as couched in fairly abstract and idealistic terms (Haagh 2011b).

In short, coming from the comparative institutional tradition of historical enquiry it seems evident to me that basic income is an element in a wider process of democratisation of institutions in society. The success, substance, form, and stability of that proposal is likely to stand or fall with the level of democratisation of society as a whole.

That is why we should not be surprised that BI experiments and debates are happening today in some of the most institutionally developed welfare states in Europe. It is far from given however how they will turn out.

[1] Explaining the purpose of the Negative Income Tax that closely resembles a basic income, Friedman (1979, 120) argued that the ‘basic amount’  (or ’personal allowance’) would “..provide an assured minimum to all persons in need regardless of the reasons for their need, while doing as little harm as possible to their character, their independence, or their incentive to better their own condition” (italics added) 120 He further (ibid. 121) noted, “[t]he negative income tax would allow for fluctuating income… but that is not its main purpose. Its main purpose is rather to provide a straightforward means of assuring every family a minimum amount…”