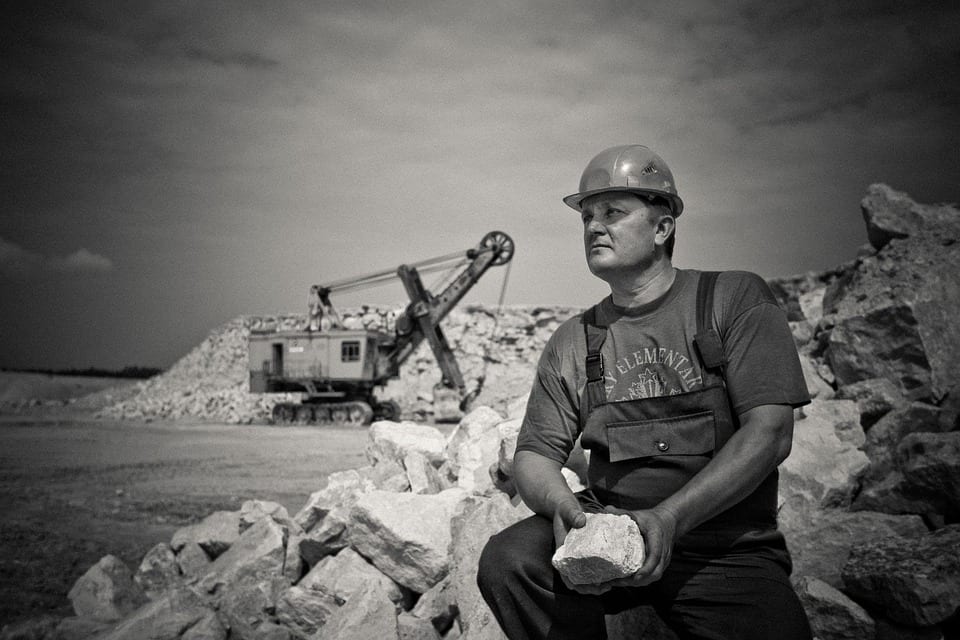 What is a negative basic income?

“A basic income is a periodic cash payment unconditionally delivered to all on an individual basis, without means-test or work requirement.” A negative basic income would be one where a periodic cash payment is unconditionally demanded from all on an individual basis, without means-testing or a work requirement. This is nothing but a per-head tax or a poll tax, a payment for existence, an equal amount taken from everyone, unconditionally.

The extreme unfairness is apparent. How can you take the same amount from the billionaire and the beggar? Not surprisingly, there have been very few pure poll taxes in history – most had a number of exclusions, especially for the poor. However, there is a different kind of per-head tax that is large, widespread, and right under our noses. This is when there is loss or diversion of the commons.

Let’s take a toy example to understand this. Imagine a tiny commons, 100 people who own a 1 kg slab of gold in common, inherited from the past. As they are worried about theft, they store it under the protection of the local deity. But it is a continual worry. The community decides to sell the gold, and to invest in a piece of land. They reason that at least the land can grow a crop, whereas the gold generates no income. As long as they maintain the fertility of the land, they can all share the crop. This would be the equivalent of a commons dividend or a cooperative dividend, essentially a Universal Basic Income for the community.

Now imagine that when they go to sell, they find the gold is simply stolen. Clearly it is a loss of 10 grams each (100 persons x 10 grams = 1,000 grams = 1 kg). This is nothing but a per-head imposition of the equivalent of 10 grams of gold. Since it is an inherited asset, the loss is suffered by all future generations as well. In a different sense, the loss is the opportunity to receive the commons dividend, the universal basic income in perpetuity.

We can extend this logic to diversion of either the capital (the value of the gold), or the income stream from the new asset (the land). If the government appropriates the value to finance infrastructure or health or education, it is still effectively financing these investments with a hidden per head tax.

This is even clearer in the instance of the fruit of the land and the commons dividend. If the government appropriates the entire crop, then it is identical to distributing a commons dividend as a basic income, and taxing it simultaneously to the exact same extent – the negative basic income.

This kind of underselling of the commons is widespread, particularly in minerals. To take a couple of examples, it has been estimated that the United Kingdom and Norway have extracted approximately equal amounts of oil from the North Sea. However, the United Kingdom received approximately GBP 400 billion less than Norway[1]. For a population of 64 million, this is a loss or a poll tax of GBP 6,250. Had this amount been saved, it could have financed a Citizen’s Dividend of GBP 250 in perpetuity, assuming a real return of 4%.

Another common problem is that the money received for the minerals is treated by the government as taxation revenue, not as the sale of the commons. Consequently, instead of creating a new asset, such as the land in the toy example, or more seriously, Future Generations Funds or Permanent Funds, the government simply spends the money as income. While this boosts the GDP figures, it is both the consumption of our inherited asset as well as the hidden imposition of a per head wealth tax. . Alaska only deposits 25% of its money from oil in to its Permanent Fund. The remaining 75% is treated as revenue in the state budget. This year, Alaska’s Permanent Fund Dividend was set at US$2,072. By extension, the remaining 75% that was spent through the budget could have financed an additional dividend of $6,216 per annum.

The Norway oil fund presently saves all receipts from minerals in the Norway Government Pension Fund. This is the single largest fund in the world, approximately USD 900 billion. However, instead of paying out a commons dividend or a Citizen’s Dividend, the money is appropriated into the budget. This is clearly equivalent to imposing a per head tax on all Norwegians. The 2016 budget estimates a transfer of NOK 208,994 million to the budget[2]. For a population of 5.084 million[3], that is a negative universal basic income of NOK 41,108, or approximately USD 4,863[4]. It is doubtful that any modern democracy can impose a per head tax of such a staggering amount.

The Goenchi Mati Movement, a people’s movement in Goa has adopted simple principles that they advocate for governing mining of the commons. In short, the principles are:

We argue quite simply that any other structure would impose per head taxes, which is fundamentally regressive and obviously unfair. The principle of zero loss mining was clearly violated in the UK receiving GBP 400 billion less than Norway. The principle of saving all receipts from minerals is widely violated, largely due to the way governments account and report for this – windfall revenues instead of it being a capital receipt. And where permanent funds do exist, in most cases the government appropriates the income instead of distributing it as a commons dividend.

This problem is not confined to minerals. All over the world, the commons are being destroyed at a rapid rate. For example, the “Mickey Mouse extension” of copyright is also nothing but a transfer from the commons to the private sector, an imposition of a negative basic income.

It is time that activists for basic income seriously hunt out instances of negative basic income. Simply eliminating them could achieve many of the desired benefits of basic income, with a moral argument in favour, rather than the uphill battle of helicopter money.

About the author: Rahul Basu

[1] Did the UK Miss Out on £400 Billion Worth of Oil Revenue?, David Manley & Keith Myers, Natural Resource Governance Institute, 5 October 2015