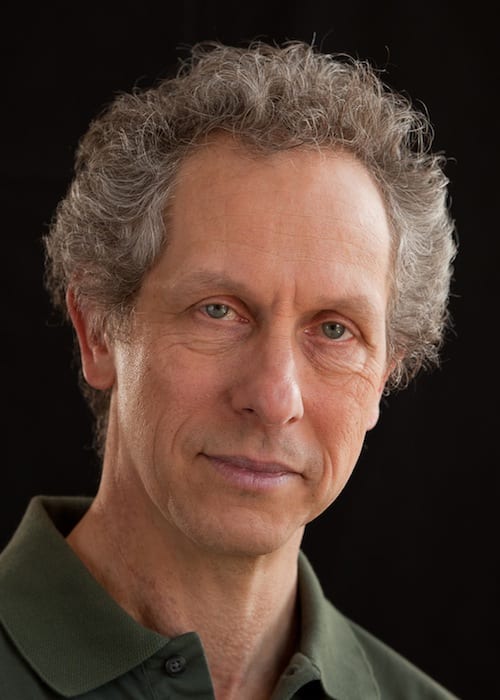 “Toward Basic Income and a Peaceful Democratic Revolution”

My drive to enact a basic income – and most of my ideas about how to attract, educate, organize, and mobilize allies – arose from exploring the way young children learn to walk and talk.

I first wrote about these ideas, though without the term basic income, in the mid 1980s, inspired by the analogy of “the body politic” and Abraham Maslow’s “hierarchy of needs.” Young children, as they learn to walk, outgrow crawling and leave it behind. Their basic needs are provided by parents or other adults. Thus, when everyone’s basic economic security is guaranteed, I believe our society can “outgrow” pollution, racism, war, and other problems.

In 1998, while enrolled in a doctoral program in system science and human development, I self-published a book about how to heal our political system. With that book, I was hooked. I moved to Washington D.C. in the fall of 1999, seeking support for these ideas. I heard about USBIG in 2000, went up to New York for one of the earliest meetings, and presented at the first conference in March of 2002. That’s when I learned about BIEN, and decided to attend the Congress in Geneva. My paper, on how to build a mass movement, was selected and published.

Over the following years, I presented at most USBIG meetings; wrote three more books; started an author mailing list to update my readers; self-published or with micro publishers; gave talks at BIEN meetings in Dublin in 2008 and Montreal in 2014; worked with the Green Party of the U.S., adding basic income to their platform; and made several attempts to launch nonprofit organizations to support our efforts. Yet I was always thinking about young children, and how they learn naturally, spontaneously. My primary profession is teaching people, all ages and any health condition, to breathe freely and move easily, to outgrow back pain, breathing troubles, stress-related disorders, and other difficulties.

While promoting basic income, I’ve been actively thinking of myself as a healthy curious young child, pursuing my dreams, goals, and interests. At the same time, though, I’ve been anxiously wishing I had a basic income; regardless of the amount, that would have been immensely valuable.

The “Tax Cut for the Rest of Us Act of 2006,” H.R. 5257, would have created a small basic income through a fully refundable tax credit. It was introduced in the U.S. Congress, though never debated. Al Sheahen and Karl Widerquist wrote the initial paper, with a title I suggested, and Al and I arranged a series of meetings to lobby for it. After lunch in the basement cafeteria of a House office building, on our way to a meeting on the third floor, we were in an elevator with a dozen congressional staffers. I used that moment to say, loudly, “The reason I’m lobbying for basic income, Al, is that I want to live in a true democracy, without leaving the country.” Several staffers laughed. One said, “Good luck.”

Living in Washington D.C., I’ve had many conversations with people who work at political think tanks, lobbying shops, and similar organizations. Everyone has a specific issue, project, or other focus, and limited interest in new ideas. Liberal Democrats typically respond with a variation of “I love that idea, but … ,” and then explain why it’s politically impossible. Conservative Republicans tend to instantly state a moral or emotional objection; when we have time to discuss it in detail, however, they often agree that it makes sense.

Before autumn 2013, most people had never heard of basic income, although a few recalled ideas from the 1960s and ’70s about guaranteed income, negative income tax, or Richard Nixon’s Family Assistance Plan. That October, our friends in Switzerland filed for their referendum and held their event with the coins, and their campaign was widely reported in the U.S. media. I saw a huge breakthrough. My conversations became far more congenial and productive.

Over the past few years, I’ve been writing a book that, I expect, will attract, excite, and unite people from across the political spectrum and outside it. My title is “Basic Income Imperative: for peace, justice, liberty, and personal dignity.” It’s nearly finished. I have queries out to a number of literary agents, and hope to have a publisher soon.

I now believe – more than believe, actually, I’m confident – that within the next few years we can have a peaceful democratic revolution for basic income. Let’s make history and make it happen.

Steven Shafarman is a co-founder of Basic Income Action, and the author of four books about basic income, with another forthcoming. He also teaches FlexAware and the Feldenkrais Method. He lives in Washington, D.C.