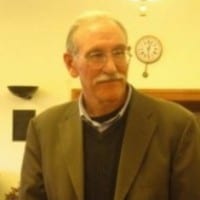 I can remember the moment when I first took a keen interest in basic income. I was familiar with the idea, having spent a research leave at the European University Institute in Fiesole, when Philippe Van Parijs was there writing Real Freedom for All. We had some casual conversations, but I failed to appreciate the radical implications of basic income, until some months later, when I happened to read one of Philippe’s essays, in a collection on social class edited by E.O. Wright.

My work up to that point was focused on market socialism and worker self-management, and, more generally, just and feasible alternatives to capitalism. I thought that the way to address the democratic deficits and inequalities of capitalism, without abandoning its efficiencies, was to convert capitalist enterprises into worker-managed firms operating in a market economy, and also to democratize investment decisions through a system of public banks.

When I read Philippe’s essay, I realized that the model of work I was presupposing, where workers work full-time over many years for a single enterprise, was disappearing. Philippe observed that many in our generation were finding themselves in and out of paid employment, working part-time, or in temporary positions, relying on fellowships, increasingly finding themselves in a precarious position regarding income and work. I invited Philippe to my campus for a series of talks, and to discuss my work.

I attended my first BIEN congress in Amsterdam. In some ways it was my favorite. While I would not wish BIEN to return to an attendance level where everyone meets for the whole conference in the same room, it was great to be able to have one continuous conversation with everyone, and enough break time for serious one-on-one conversations on the side.

In the book I subsequently published, Self-Management and the Crisis of Socialism, I incorporated a basic income into the model of socialism I was defending. After the book, my focus shifted from market socialism and cooperatives to basic income, and I became a regular contributor to conferences on basic income.

I had the good fortune to spend a semester as a Hoover Fellow at the Catholic University in Louvain-la-Neuve. I worked with Karl Widerquist to edit two books on Alaska’s Permanent Fund Dividend. When the US Basic Income Guarantee Network needed a coordinator to take over from Karl in 2008, I was willing, and have been doing the job ever since.

It has been a pleasure and inspiration to work with the dedicated scholars and activists in USBIG and BIEN. During these roughly 25 years, I have seen basic income move from a novel idea, under discussion by academics and a few visionary activists in response to unprecedented changes in our world, to a policy idea being tested in South Africa, Brazil, the Netherlands, Finland, Switzerland, India, and Canada, and on the radar of mainstream policy makers in the US like Robert Reich and even President Obama. The growth of interest threatens to outpace the capacity of our organizations. USBIG, for example, is just now becoming incorporated, has relied on voluntary labor, and has operated without a budget since its beginning.

But BIEN, USBIG, and other organizations are gearing up to meet the rising interest and the important and difficult policy challenges and decisions that lie ahead. Despite recent turns toward the right in politics, I am confident that our best times lie ahead. Xenophobia and neoliberal austerity cannot solve the climate crisis, the disruptions created by the current wave of automation, persistent global poverty, and stagnating economies. Once the false promises of right wing populism are exposed, there will be an opening for new solutions, and basic income is likely to be an essential part of the mix. I look forward to rolling up my sleeves and working with my comrades in BIEN during these very interesting times.