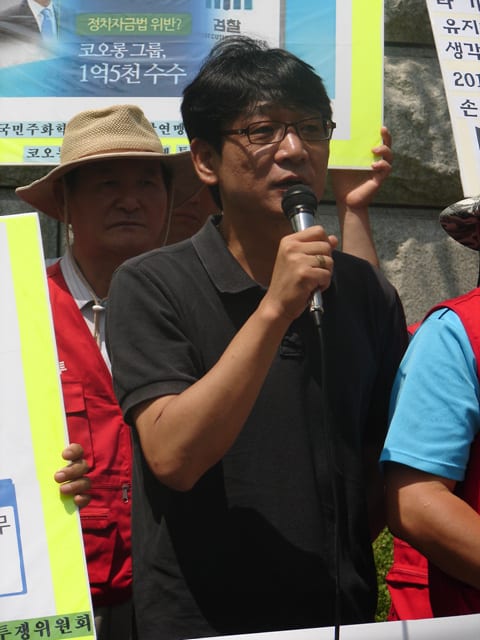 The first time I encountered the idea of basic income was the summer of 2007. I was at the time the vice president of a small party on the left, rather imaginatively named the Socialist Party, and was preparing for the coming presidential election in December. A close leftist intellectual (who is also a Life Member of BIEN) presented to me the idea of basic income, and as soon as I heard it, I decided to include it into our party platform. My alacrity was because of one of the central tenets of the Socialist Party – de-exclusion. That is to say, only when no member of society is denied access to any aspects of said society can there be a truly emancipated society. Thus I thought that a basic income which provides the material basis for everyone would form the keystone of such a society.

As one of the radical student activists of the 1980s, I struggled for not just democratization of my country but an emancipatory socialism. I saw that a socialism which outmodes human exploitation would be the only way for human beings to enjoy true liberty. That belief continued to form the cornerstone of my ideology even as the historically existing socialism crumbled and as I distanced myself from what the mainstream political sphere purported to be “socialism”, with its domination by political elites and disdain for mass participation. In order for a truly participatory democracy to function, people must have the material foundation that allows them to live a decent life. Hence, I found the idea of basic income to be quite compatible with my politics and ideology.

From there, I quickly embraced the idea of basic income and committed myself to the basic income movement in South Korea. In 2009, a handful of intellectuals and activists, including myself, came together to form the Basic Income Korean Network (BIKN), mainly for the purpose of research and dissemination. Then, by 2013, BIKN shifted into more of a mass organization which attempts to place basic income at the centre of the national political agenda. In 2016, it hosted the BIEN congress at Seoul with parties and politicians across the ideological spectrum taking an interest in the idea.

We, the people in South Korea, are in the political turbulence caused by the corrupted and incompetent president and her clique which might lead to a snap presidential election. Now even some major politicians on the centre and right who would run for president call for basic income scheme, although it is not full basic income. The reason why they who ignored it in the past now accept the basic income idea is, I think, that there is no way to overcome the current economic and social crisis other than basic income. So 2017 would be recorded as the marked year if we could have basic income in full sense in the future.

Looking back, you could say that the basic income movement in South Korea has just crossed the threshold, albeit with a long detour. I continue to hold to the conviction that the basic income would be a key component in creation of a freer society and a better future. And that society could be made only by free people.