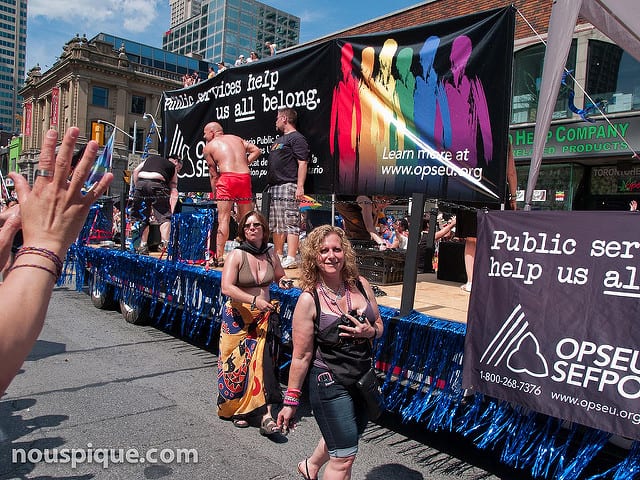 The OPSEU leader’s statement comes in response to the comprehensive report published by Hugh Segal, the lead adviser to the Ontario government’s impending pilot study of a basic income guarantee, which was published on November 3.

Thomas worries that the adoption of a basic income guarantee, which enjoys much of its support from politicians on the right, would be followed with cuts in essential public services: 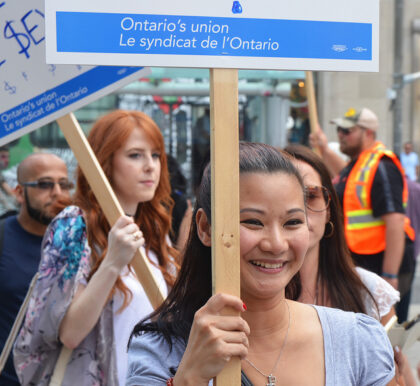 “Basic Income has had the support of right-wingers for decades now because of the expectation that it would reduce the government’s role in providing services, and shift that work on to families and communities. Given the direction the current Ontario government is taking on social services, I think Ontarians have every reason to be skeptical.”

“We support the goals of raising incomes for people living in poverty. We support extra counselling. We support reducing the stigma associated with social assistance. But we aren’t convinced Basic Income will do these things. If anything, it may make people a little less poor, for a little while, until public services end up on the chopping block. I’m worried that this Basic Income is just part of the Liberals’ larger plan to further privatize the province.”

Segal argues in his report that a basic income should be tested as a replacement for OW and ODSP, which place limits on recipients’ earned income and work participation and thus require extensive monitoring of recipients. OW, for example, requires that recipients demonstrate “financial need” and prove that they are making “reasonable efforts” to obtain employment (in the absence of extenuating circumstances). ODSP requires that recipients document proof of a disability. According to Segal, the main purpose of the pilot is to test the effectiveness of an unconditional income guarantee against what he describes as “broad policing, control, and monitoring” inherent in these programs.

If Segal’s recommendations are adopted, Ontario’s pilot will examine–among other impacts–the cost of administering a basic income guarantee in comparison to OW and ODSP, as well as its relative effectiveness in improving health, education, and workforce participation. Segal also urges that the pilot be designed such that no participant would be financially worse off under the basic income guarantee than under these existing programs.

Thomas’s skepticism is not an unusual response from a progressive critic of basic income. In the United States, for example, anti-poverty researcher and advocate Robert Greenstein (President of the Center on Budget and Policy Priorities) has argued that any politically feasible basic income has a high risk of leaving tens of millions of poor Americans worse off–since, to attract right-wing supporters, the policy would most likely accompany massive cuts in other programs and services (see also Greenstein’s interview in Vox). Earlier in the year, writer and attorney Joel Dodge raised similar concerns about right-wing basic income proposals in an interview with Basic Income News (following up on his article for Quartz on the same topic).

Thomas’s remarks were publicized via a OPSEU press release. The OPSEU represents more than 130,000 employees of the provincial government of Ontario (as reported on its website).

The government of Ontario is currently accepting public feedback on Segal’s report, both online and via in-person meetings, until January 31, 2017.