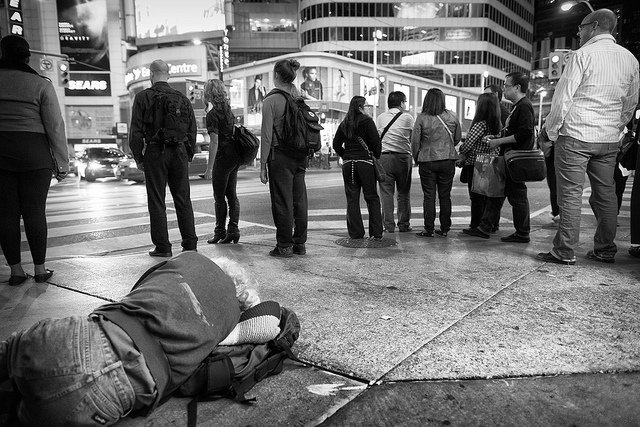 The latest step to Ontario’s basic income pilot occurred on Thursday, November 3, 2016, when the Ministry of Community and Social Services released a call for public input on the design and objectives of the study and published a new comprehensive report from Project Adviser Hugh Segal. 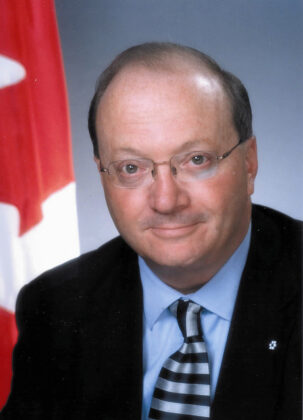 In February 2016, the provincial government of Ontario, Canada announced a budgetary commitment to finance a pilot study of a basic income guarantee. In June, the government appointed former senator Hugh Segal — who has been promoting basic income in Canada for more than a decade — as the project’s Special Adviser. (For some of Segal’s past writings on basic income, see here.)

Segal has now released a detailed and comprehensive discussion paper in which he lays out his recommendations for the design and administration of the pilot. The government is soliciting input from the public before it makes its final decision.

This release of this proposal for Ontario’s basic income study closely follows the publication of details about the upcoming pilots in Finland and the Netherlands, as well as the charity GiveDirectly’s study in Kenya.

If the provincial government of Ontario decides to adopt Segal’s newly announced proposal, it will test a basic income guarantee (BIG) — wherein cash payments are disbursed automatically and unconditionally to individuals whose income falls below a certain threshold — as a replacement to its Ontario Works program and Ontario Disability Support Program.

Segal recommends that participants in the pilot be guaranteed a monthly income of at least $1320, or 75 percent of the province’s Low Income Measure, with an additional $500 supplement to those with disabilities.

In Segal’s proposal, the BIG is to be structured as a negative income tax (NIT), in which the amount of the subsidy is tapered off for higher earners, in contrast to a “demogrant” model wherein all participants would receive a fixed monthly payment regardless of other earnings. That is, the government would “top up” the earnings of pilot participants whose incomes fall beneath $1320 (or other level chosen for the basic income guarantee). Those who earn more than $1320 per month would receive smaller benefits or, depending on earnings, none at all.

Eligibility is to extend to all residents of the selected communities between the ages of 18 and 65, regardless of current income. All participants will be guaranteed a minimum income, as per the NIT model summarized above. However, depending on their initial and subsequent earned income, some participants may not receive any payment during the course of the experiment. As Segal’s discussion paper notes, “even though the program is based on a principle of universal access, not all participants will receive symmetric payments or any payment at all.”

Segal offers two reasons for his recommendation that the pilot test a negative income tax rather than a universal demogrant. First, this makes the design unique: no other planned trial of a basic income guarantee will employ the NIT model; thus, outside of Ontario’s pilot, no data on the impact of this specific model will be collected. Second, Segal believes that a demogrant, unlike an NIT, is not realistically affordable in Canada (nor in other developed nations).

(1) A randomized control trial, to be conducted in an urban center, in which different treatment groups receive different levels of guaranteed income and/or pay different rates of taxes on additional earned income. Subjects will be randomly sampled from all residents (of at least one year) between the ages of 18 to 65, with participation in the experiment being voluntary. Participants would then be randomly assigned to one of four groups, including a control.

(2) “Saturation sites” in which all members of a community receive the basic income guarantee (and are subject to corresponding changes in the tax schedule). Ideally, according to Segal’s report, “one saturation site would be located in southern Ontario, one in northern Ontario, and one would be chosen and planned in close collaboration with First Nations communities.”

In each case, the study is to last a minimum of three years.

According to the discussion paper, the “core question” that Ontario’s pilot endeavors to answer is, in Segal’s words, “Is there a more humane and efficient way to reduce poverty, a way that better respects the rights of those in poverty to make their own life choices, reduces stigma and growth in bureaucracy, yet produces improved outcomes in terms of work and life prospects?”

In order to answer this question, Segal lays out many variables that he urges researchers to monitor and analyze in the pilot, including the following:

Thus, the Ontario pilot is likely to examine a much wider and more diverse range of outcomes than the impending basic income pilots in Finland and the Netherlands, which focus more narrowly on assessing the impact of a basic income guarantee on employment.

This difference follows in part from a deliberate decision not merely to reproduce these studies. Segal states Ontario should not duplicate research being conducted elsewhere, for the sake of “maximiz[ing] the diversity of various different data sets generated by such endeavours.”

Segal recommends that Canada’s federal government “consider partnering with any willing province on any Basic Income pilots now being considered or contemplated.”

As Segal describes in the report (links added), Ontario is not alone in Canada in its interest in pursuing a basic income pilot:

“[T]he federal government introduced an enhanced child benefit in July 2016, with the objective of constructively increasing the income of low and middle-income Canadian families with children. Moreover, the House of Commons Finance Committee recommended in its pre-budget report that the government of Canada move forward with a pilot project on Basic Income.

As announced on November 3, 2016, Ontario’s Ministry of Community and Social Services will be conducting consultations to solicit public input on the basic income trial, guided by Segal’s discussion paper. Consultations will run through January 2017.

Those who want to provide input may contribute in one of two ways: attend an in-person meeting (see the schedule here) or share feedback online (until January 31, 2017).

The first stage of the pilot study — selecting the sites, obtaining access to data sources, and selecting and obtaining consent from participants — is slated to commence before the end of March 2017.

Thanks to Jenna van Draanen for proofreading a draft of this article.