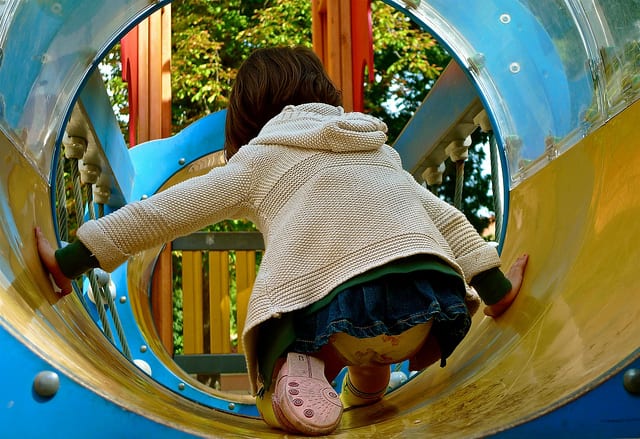 The Niskanen Center, a libertarian think tank based in Washington DC, has produced a new report on the potential of universal child benefit: “Toward a Universal Child Benefit” by Samuel Hammond and Robert Orr. The report proposes an unconditional benefit of $2000 annually for every child under the age of 18, which would be phased out for higher-income families.

Although clearly not universal, Hammond and Orr’s proposed policy might be considered a “basic income guarantee for children”. Significantly, the benefit is paid in cash rather than in kind (as discussed at length in the report), and it is distributed to all families in need–irrespective of whether a child’s parents or legal guardians in the workforce, seeking work, or able to work. As the authors note, the latter is a significant difference from the Child Tax Credit supported by front-running US presidential candidate Hillary Clinton, which is only available to households with earned income (leaving households without income to rely solely on in-kind benefits).

Hammond has previously written for the Niskanen Center in support of a basic income guarantee in the form of a negative income tax. He believes that a universal child allowance could provide a bridge to a guaranteed annual income for adults as well.

We might note that Hammond is not alone in envisioning this path toward a basic income in the US. Progressive commentators such as the Roosevelt Institute’s Mike Konczal and New York journalist Joel Dodge have advocated a universal child allowance as a policy that is both desirable in itself and a possible route to a universal basic income.

Shortly after the publication of the Niskanen Center report, Michael Tanner, a senior fellow at the Cato Institute (another DC-based libertarian think tank), published a response in which he expressed sympathy for the proposal but called for caution in pursuing such a policy. (Tanner is the prior author of a similarly cautious policy report on basic income guarantees for the Cato Institute.)

Founded in 2014, the Niskanen Center says that it “works to change public policy through direct engagement in the policymaking process” — targeting Washington insiders such as legislators, presidential appointees, congressional committee staff, interest group analysts, and civil servants in planning, evaluation, and budget offices. It branched into welfare policy earlier this year. For information about the think tank’s specific libertarian approach to social welfare, see Will Wilkinson (March 29, 2016) “Libertarian Principles and Welfare Policy“.