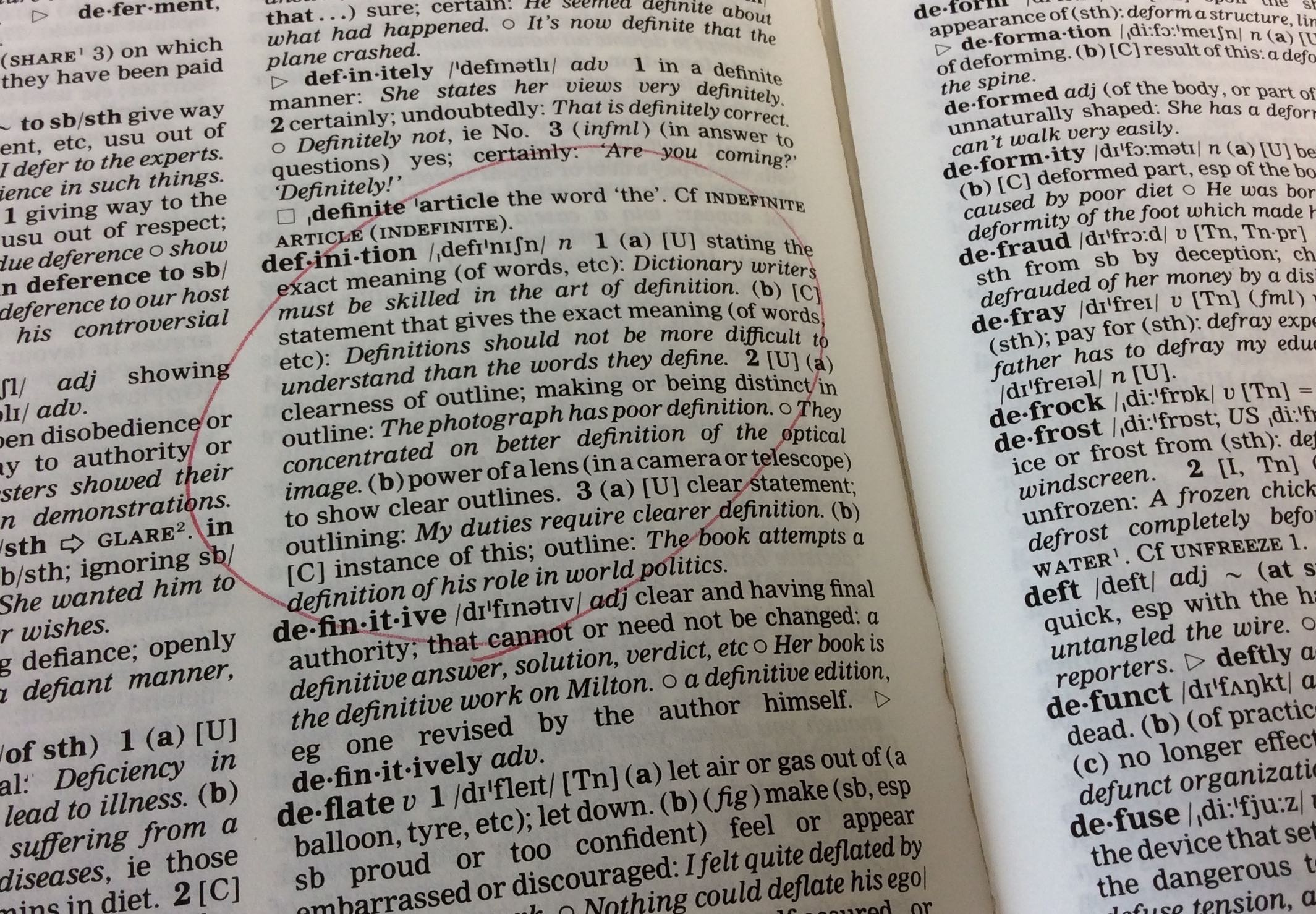 As we have reported, at the General Assembly (GA) of BIEN held in Seoul on 9th July, BIEN clarified the definition of basic income that had been used on its formal documents unchanged for past 30 years. The GA also voted on the type of basic income BIEN supports. This is the detailed report on how decision was made.

What BIEN had in its statues was:

[Basic Income is] ‘an income unconditionally granted to all on an individual basis, without means test or work requirement’

What BIEN has now in its amended statues is:

[Basic Income is] “a periodic cash payment unconditionally delivered to all on an individual basis, without means test or work requirement”

The following clarification of that definition has been put on BIEN’s website:

1. Periodic: it is paid at regular intervals (for example every month), not as a one-off grant

2. Cash payment: it is paid in an appropriate medium of exchange, allowing those who receive it to decide what they spend it on. It is not, therefore, paid either in kind (such as food or services) or in vouchers dedicated to a specific use.

3. Individual: it is paid on an individual basis—and not, for instance, to households

4. Universal: it is paid to all, without means test

5. Unconditional: it is paid without a requirement to work or to demonstrate willingness-to-work.

Also, the following resolution was passed at the GA:

Another proposal to change the description of basic income was also submitted to the 2014-16 EC, by Louise Haagh and seconded by 3 life members (Pablo Yanez, Toru Yamamori, Malcolm Torry). The detail of this proposal can be read at here.

A workshop to discuss this definition issue was chaired by Toru Yamamori who was involved in both proposals, on 8th July with the support by EC and the congress organiser. The workshop was attended by about 30 people including Philippe Van Parijs who was one of founding members, and dedicated for every voice to be heard. Some participants of the workshop (especially Karl Widerquist, David Casassas, Télémaque Masson, Adriaan Planken, Gabriele Schmidt, Olaf Michael Ostertag, Gunmin Yi, Louise Haagh, and Toru Yamamori) voluntarily worked together after the workshop, and finally agreed on a compromise proposal which was then proposed for the GA by Toru Yamamori and seconded by Gabriele Schmidt. GA unanimously approved this third proposal as minor changes to the other proposals and to replace the other two proposals. The proposal was approved by a majority after a slight modification of wording.

The regular participants of BIEN congresses have known what conception of a basic income is shared by a majority of participants, if vaguely. The readers of academic writings by some of the founders of BIEN will easily recognize some general conception of basic income which is commonly shared by them, even though they tend to disagree at some particular aspects, the ways of justification, and the way of implementation, etc.

However, BIEN’s formal documents (either online or not) have sometimes been helpless to correct misunderstandings or misuses of the term by some media, politicians, activists, opponents, etc. Especially for recent several years, as mainstream media and politics started to pay more attention to a basic income, the misunderstanding and confusion has become greater. For example, one version assumes that a basic income means total abolishment of any other social spending. Some endorsements and oppositions have been voiced based on this version as if it is the only model of basic income. Although people and groups who favor this model of basic income are welcome to join or affiliate with BIEN, the majority of BIEN members and groups prefer a more generous basic income—usually without entirely replacing other social welfare spending. Indeed individual membership in BIEN requires only interest in basic income.

This unfortunate situation made some of us in BIEN recognized a need for developing our commonly shared perception from a tacit spirit to a clear statement.

Adriaan Planken, who has been involved in raising motions at both 2014 and 2016 as a spokesperson for UBIE reflected:

When we propose a Basic Income that will make it possible for all not to be “trapped” by poverty and to develop ourselves in following our hearts then it is inevitable from my point of view to strive for a Basic Income that is high enough to provide for a decent standard of living, which meets society’s social and cultural standards in the country concerned. It should prevent material poverty and provide the opportunity to participate in society. This means that the net income should, at a minimum, be at the poverty-risk level according to EU standards, which corresponds to 60% of the so-called national median net equivalent income. So we stated it in our European Citizens Initiative in 2013 and is it in accordance with the resolutions of the European Parliament.

At the same time, BIEN’s having had a quite thin description of a basic income in its statutes and official documents without any change for 30 years is not a consequence of laziness or something similar. Rather it is a result of deliberative consideration on how it could offer a venue where people who are interested in the concept can gather the maximum possible number of people who are interested in discussing any form of basic income or related policies. There had been concerns that a thicker description could end up excluding or discouraging some basic income supporters, especially people who work on partial basic income either as an experimental proposition or as a policy recommendation. Guy Standing, one of founding members, did his effort to convey this concerns during the 2016 congress. Haagh’s mortion was in line with this spirit. She reflected:

While more clarity was preferred, we would like to remain a very broad church of plural debate—something of quite unique status and importance in today’s world. I really hope we shall not try to reduce the whole of BIEN to the definition of BI preferred in one perspective or setting.

A particular concern for Louise Haagh was to clarify that in common understanding a basic income is a permanent grant, meaning it is a right for life and thus in principle cannot be taken away, except as provisions related to any residence requirements might in effect terminate the payment if someone moved away from a relevant jurisdiction. She was concerned that the original formulation on the website did not fully set this common understanding out. However, at the workshop in Seoul the concern was expressed that stating in some jurisdictions, e.g. the French, citizens retain rights even when non-resident, and so stating life-time entitlement, even in principle, might cause confusion. The matter could not be fully clarified at the Seoul workshop or GA, and thus this dimension of the definition and description was not included in the end. Louise Haagh notes the precedent set by the UK Citizens’ Income Trust web-site, which specifies that a Citizens’ Income ‘would never be taken away’, suggesting this indicates the common understanding that a citizen’s income or BI is permanent. This aspect of the definitional debate however continues, as the Seoul workshop and subsequent compromise proposals for a definition and a motion came to concentrate on other things, including in particular the question of a BI’s level.

The workshop was originally set for aiming to reach some compromised proposal, which could converge two initial proposals on the one hand, and which could reflect some concerns against having narrower definition. However, the chair immediately recognized that it wasn’t possible to reach this initial aim truly democratically by about 30 diverse people in a limited time. So instead the workshop was dedicated for consolidating mutual trust by sharing everyone’s reasons and concerns. The point we anticipated for the strong difference of opinions, which then turned out the anticipation was real, was whether BIEN should mention the size of the BI in its definition. Some argued BIEN should stick to a ‘broad church’ approach where diverse views should be welcome, and some replied that the size does matter because reliability of amount is essential even in a ‘broad church’ thin description. Some suggested that the size should be ‘highest sustainable’ which might be higher or lower than the poverty line. Others suggested that the size of basic income should be coupled with the existence of other social services. As far as the concerns that a thicker definition involving size could discourage people who are working on a partial basic income is concerned. Some raised the question whether there is really a contradiction because a partial basic income is step on the way to a full basic income that is defined in a thicker description. Other than the size issue, the following points were raised (according to the minutes taken by James P. Mulvale):

At the end of the workshop, the chair called participants to join a voluntary working group for making an agreeable proposal. The discussion continued in breaks, at night, and in the morning during the rest of the congress. Participants finally agreed that

From these efforts, over a long weekend, the final proposal was crafted.

Author’s note: Those finally put forward the proposal appreciate the effort of many people during the process. We do hope this clarification will be helpful for facilitating worldwide discussion and for eliminating unnecessary misunderstanding and confusion.