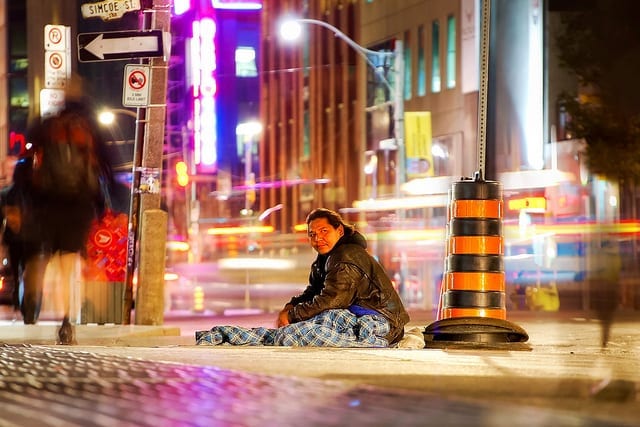 David Macdonald, a senior economist at CCPA, considers two general types of basic income policies (defining a “basic income” as “a ‘no strings attached’ transfer from government to individuals or families”): a universal basic income, in which cash transfers of equal value are distributed to all Canadians regardless of income, and a negative income tax, in which benefits are tapered so that the poorest Canadians receive the full amount while the richest Canadians receive nothing.

For each of these two general approaches, Macdonald simulates four different scenarios, which vary according to the amount of the basic income and which (if any) existing programs are eliminated. He then analyzes, for each scenario, the effect on poverty reduction (for children, adults, and seniors), the consequences for net earnings across income groups, and the cost of the program to the government.

Based on his analyses, Macdonald concludes that basic income programs that replace all current welfare programs in Canada would result in “dramatically higher levels of poverty”. Even at relatively high levels of the basic income, a policy that eliminates Canada’s pension program would require “ethically and politically unsupportable compromises where seniors are pushed into poverty to lift up adults and children” (p. 8). Thus, he believes that the preferred approach, should the Canadian government pursue a basic income, would be to introduce the basic income guarantee in addition to existing programs. Moreover, Macdonald favors the negative income tax approach, as opposed to universal cash transfers, due to NIT’s lower cost and comparative effectiveness in reducing poverty.

Press coverage of Macdonald’s report tended to emphasize his point that basic income is not a “silver bullet” against poverty (see, e.g., reports in The Star, CTV News, and Huffington Post).

Alex Himelfarb and Trish Hennessy provide an edited volume of twelve short essays (not including their own introduction to the volume), which encompass a variety of viewpoints on both the benefits and limitations of basic income.

In a series of essays in the first half of the volume, proponents of basic income lay out several cases in favor of the policy–invoking (in different contributions) such considerations as homelessness, seasonal work and cyclical unemployment, and the social and economic determinants of health. Other contributions are more critical, although rarely opposed to basic income (at least in its progressive variants). For example, Jennefer Laidley critically assesses whether a basic income can really alleviate poverty, and Margot Young discusses limitations of basic income with respect to the difficulties faced by lone mothers. Michael Mendelson points out differences between right and left proposals of “basic income” and urges Canadians not to blindly consent to any program that bears the name, preferring a gradual approach to a progressive basic income. Louis-Philippe Rochon and Toby Sanger, meanwhile, argue that the government should focus its attention on full employment–which, while not incompatible with a basic income guarantee (as they admit), is a goal they believe should take precedence.

The CCPA was founded in Ottawa in 1980 by faculty Carleton University. Since this time, the organization has expanded, now holding branch offices in other cities and provinces, including Vancouver, Winnipeg, Regina, Halifax, and Toronto. While officially nonpartisan, the CCPA has been described as “left-leaning” and describes itself as “one of Canada’s leading progressive voices in public policy debates”.