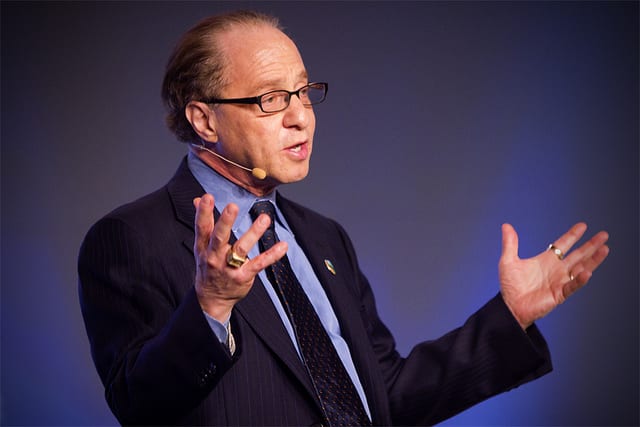 The think tank Singularity University, based in NASA’s research campus in Silicon Valley, has published a short video in which the famed futurist Ray Kurzweil addresses the question “Is universal basic income a good idea?”

Kurzweil begins by answering “I actually think that’s a good idea…” before going on to compare and contrast his view of automation and work with that of Google cofounder Larry Page. While Kurzweil says that he has always been of the view that people will continue to find more work despite advances in automation, he credits Page with the view that we ought to take advantage of automation just to work less.

As Kurzweil explains, this apparent disagreement turns on different notions of what is meant by ‘work’. Page uses ‘work’ to refer to the sort of drudgery we perform merely for money, while Kurzweil applies the term to productive activity more broadly — exemplifying a distinction relevant to much of the discourse surrounding basic income.

This video was published as part of an on-going “Ray Q&A” series (“The show where Ray Kurzweil answers questions about the future”).