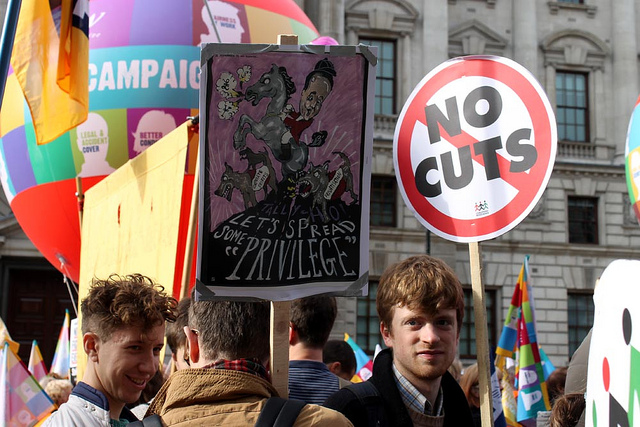 The Trades Union Congress, a federation of trade unions that represents nearly six million workers in the UK, has passed a motion endorsing basic income.

As previously announced in Basic Income News, the Trades Union Congress (TUC) voted on a motion to endorse universal basic income at its 148th annual congress held from September 11 through 14.

The TUC is a federation of trade unions in the UK, currently representing 51 unions and a total of more than 5.8 million workers [1].

The full text of the successful motion on UBI is as follows:

Congress notes the growing popularity of the idea of a ‘Universal Basic Income’ with a variety of models being discussed here and around the world. Congress recognises the need for a rebuilding of a modern social security system for men and women as part of tackling poverty and inequality.

Congress believes that the TUC should argue for a progressive system that incorporates the basis of a Universal Basic Income system paid individually and that is complementary to comprehensive public services and childcare provision.

Congress believes that such a system would be easier to administer and easier for people to navigate than the current system which has been made increasingly punitive and has effectively been used to stigmatise benefit claimants. The operation of sanctions pushes people into destitution for trivial reasons.

The transition from our current system to any new system that incorporates these principles should always leave people with lower incomes better off.

Congress believes that our social security system must work in tandem with our agenda for strong trade unions and employment rights and secure, decently and properly paid work.

The motion was introduced to the TUC by Unite, the UK’s largest individual union, which passed a motion endorsing basic income on July 11.

Becca Kirkpatrick — a UNISON and Unite member whose Regional Sector Committee was responsible for moving the successful motion at Unite’s policy conference — had this to say about the TUC decision:

This important decision is only the beginning of a big conversation to be had across the unions, about our preferred level of UBI, how it should be funded, and what additional policies must go alongside it to ensure that it is progressive. But most importantly, no great social change has ever been won by working people passing a motion in a conference room. We must organise and build a powerful movement in order to see the kind of Basic Income — and the kind of future — that we want [2].

Special thanks to Kate’s supporters on Patreon.