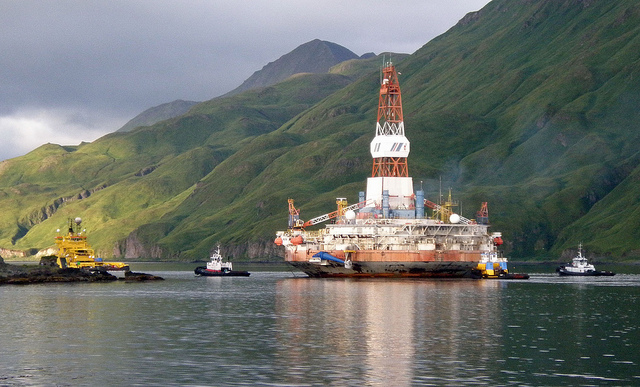 The amount of this year’s Alaska Permanent Fund Dividend was announced by the Governor on Friday, September 23: every Alaskan will receive $1,022, less than half the amount of last year’s dividend.

Since 1982, the State of Alaska has distributed annual cash dividends to all of its residents, including children, funded from income from the state’s sovereign wealth fund. Because the payment is universal and unconditional, it has often been discussed as a “real world” example of a basic income. Last year, the Permanent Fund Dividend (PFD) reached its peak amount of $2,072. (The historical average about of the PFD is about $1,150.)

Earlier this year, however, Governor Bill Walker vetoed about half of the allocations to the PFD passed by the state legislature. As a result, this amount of this year’s PFD will drop to $1,022 — according to an official statement issued by the Governor on Friday, September 23.

2016 PFD Check Amount AnnouncementLast year, Shania Sommer helped me reveal the amount of the 2015 PFD. I sat down with her again this year to talk about and reveal the exact amount of this year’s Dividend.

As Walker explains in response to questions from Sommer, he believes that reducing the size of the dividend was necessary in order to preserve the dividend program “for generations to come” in the face of the state’s present budget crisis (Alaska currently faces a $4 billion deficit).

Walker further elaborated upon his decision in an editorial in Alaska Dispatch News, published shortly after the announcement of the size of the 2016 dividend:

In the past few years, revenues have plummeted while Permanent Fund investment earnings have grown. The current dividend formula would have us spending more on dividends than any other state service – including education. It’s not a sustainable path.

If we do nothing, the fund’s earnings reserve will likely be depleted within four years. Then dividends will be zero. I don’t want that to happen.

My commitment to Alaska and Alaskans has never wavered. I believe we must find a balance between the wants of today and the needs of tomorrow. If we don’t make changes, we’re on a course to economic disaster. It’s a 100 percent preventable disaster, and I will do everything I can to prevent it.

The official statement from the Governor’s Office also specified that, were it not for Walker’s veto, the PFD would have been $2,052.

Following Walker’s veto of half of the PFD funding, polls revealed a significant drop in his approval rating and popularity amongst American governors. Recently, a Facebook group called “Alaskans Against Gov. Walker’s PFD Theft“–which is planning its first protest on October 1–has attracted over 12,000 members.

A state senator, Democrat Bill Wielechowski, filed a lawsuit on September 16, demanding that the courts require the corporation that manages the Alaska Permanent Fund to transfer the full original amount of the PFD. Wielechowski claims that Walker’s veto of the funds was not authorized by law. The Alaska Democratic Party has expressed support of Wielechowski’s action. However, the suit is not expected to be resolved before October, when the Alaskans begin to receive their $1,022 checks.

Made possible in part by Kate’s supporters on Patreon