ALASKA, US: Senator files suit against Governor’s veto of half of Permanent Fund Dividend 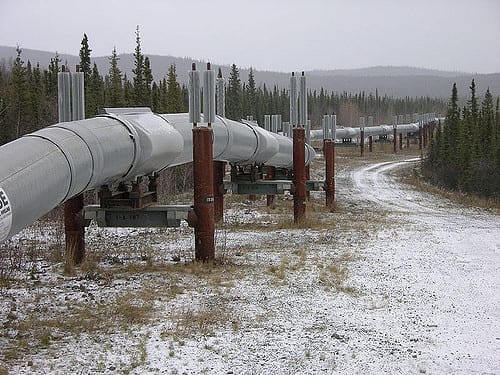 On Friday, September 16, Alaska senator Bill Wielechowski filed a lawsuit contesting Governor Bill Walker’s veto of half of the funding for the Permanent Fund Dividend. 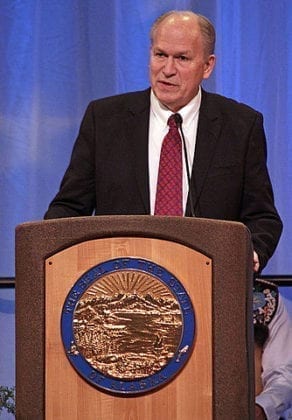 Last June, Alaska Governor Bill Walker vetoed half of the funds that the state legislature had  approved for the annual payout of the Permanent Fund Dividend (PFD). This unprecedented decision caps the size of the dividend at $1000 per resident. The amount vetoed–over $666 million–is to remain in the Permanent Fund, where it may be used for future payouts.

Created in 1982, the PFD is an annual dividend paid to all Alaskan residents–both adults and children–who have resided in the state for at least one calendar year. The dividend fund is financed from the investment earnings of the Alaska Permanent Fund, a sovereign wealth fund established from the state’s oil revenue. As a universal and unconditional cash payment, the PFD has often been cited as an example of a small basic income.

Last year, the dividend reached its all-time peak amount, at $2072 per resident. The Alaskan media station KTUU has estimated that the dividend checks would have been about $2084 this year, had it not been for Walker’s veto.

However, the state has been facing a massive budget crisis–with a current deficit of about $3.2 billion–and the PFD has come under increasing threat within the past year. Governor Walker’s veto of the dividend funds was part of a total $1.29 billion in spending cuts, aimed at addressing the fiscal crisis.

At a news conference in June, following the veto, Walker said the state can no longer afford high annual dividends like the 2015 payout. Walker believes that limiting annual payouts is necessary to extend the lifespan of the Permanent Fund, as he has explained by analogy with the popular Alaskan delicacy of sourdough pancakes:

I’m a big fan of sourdough pancakes. And if we treat our Permanent Fund like we treat sourdough starter, we’ll be fine. No one would ever use up all the sourdough starter. The first thing you do is you take it out and leave it for the next batch [1].

Unsurprisingly, Walker’s veto has generated significant controversy–with some questioning its legality from the start. In the latest move, present and past state senators have attempted legal action to effectively overturn the Governor’s decision. 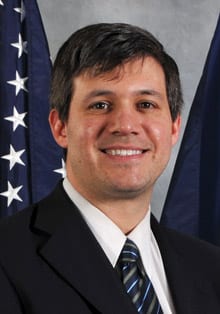 On Friday, September 16, senator Bill Wielechowski (Democrat), along with former senators Rick Halford and Clem Tillion (Republicans), filed a lawsuit requesting the court to demand the Permanent Fund Corporation transfer the full $1.4 billion that the legislature had originally allocated for the dividend.

According to Wielechowski, Walker’s action violates a law (Alaska Statute 37.13.145) that requires that the Permanent Fund Corporation “shall” transfer half of its available income to the Dividend Fund. Wielechowski has maintained that law demands the transfer of funds from the Permanent Fund Earnings Reserve to be automatic and not subject to decisions made in the state’s annual budget.

He previously expressed his position in a letter to Angel Rodell (dated August 10), the executive director of the Permanent Fund Corporation, in which he requested that the Permanent Fund Corporation “follow the law and immediately make [the] full transfer” of funds from the Earnings Reserve to Dividend Fund. Rodell did not respond, however, prompting Wielechowski to proceed to legal action.

The Alaska Democratic Party expressed support of Wielechowski’s lawsuit in a press released issued on September 20.

Journalist Cameron Mackintosh reports that Wielechowski has recently issued a public letter in which he reiterates his belief that Governor Walker lacked the authority to cut the PFD:

Hundreds of hours of research leads me [Wielechowski] to conclude that the Governor does not have the authority to cut Dividends in the way he proposes. The Governor cannot veto existing law. No governor can. His veto power extends only to appropriations and bills [2].

Walker promptly issued an official statement responding to the lawsuit. In the statement, Walker expresses his intent to stand by the “difficult but necessary decision–prompted by the legislature’s failure to pass a fiscal plan–to veto part of this year’s dividend appropriation”. He goes on emphasize that the decision was driven in part by the desire to preserve the PFD for future generations:

This year’s PFD is close to the historical average paid to every eligible Alaskan since 1982. It was set at a level that could be sustained as part of a larger fiscal solution–to ensure a PFD program continues for generations to come.

Walker also uses the letter to reprimand Wielechowski for failing to work towards a solution to the state’s financial crisis, contending that the lawsuit detracts from this larger issue [3].

My decision to veto half of the money for this year’s dividend was a difficult one, made with painstaking forethought and consideration. Without my veto, the money that funds PFDs would be gone in just four years. Ultimately, I want Alaskans to be able to receive a PFD for years into the future, and $1,000 this year means our kids and grandkids can look forward to a similar dividend in the years to come.

It is Walker’s belief that, due to the state’s worsening fiscal crisis, it may eventually be necessary to draw money from the Permanent Fund Earnings Reserve to cover deficits–and that, thus, lower annual payouts are needed to extend the fund’s life.

Co-plaintiff Clem Tillion, in contrast, has recently written an editorial in which he contends that the best way to preserve the future of Permanent Fund (and, thus, the dividend) is to “just leave it alone” [4].

On Friday, September 23, Governor Walker will make an official announcement on the amount of the 2016 Permanent Fund Dividend. His office will also disclose the amount that the dividend would have been without the veto [5].

The first payouts will begin on October 6. The lawsuit is unlikely to be settled by this time.

[5] Ben Anderson (September 21, 2016) “On Friday, Alaskans will find out this year’s PFD amount — and what it could have been,” Alaska Dispatch News.

Article originally written on September 16; edited on September 22 to include reference to the Democratic Party’s press release and the Governor’s forthcoming announcement on the PFD.