US: Continuing Publicity for Andy Stern and Raising the Floor 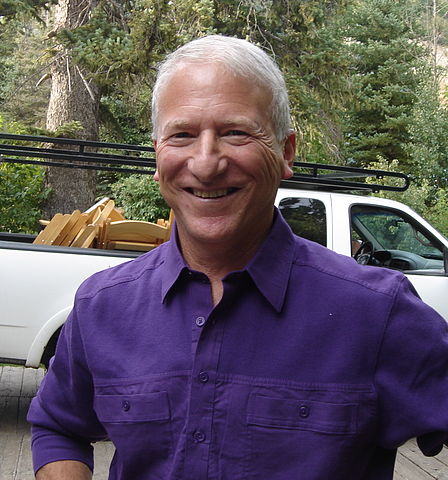 Former SEIU leader Andy Stern and his book Raising the Floor: How a Universal Basic Income Can Renew Our Economy and Rebuild the American Dream have received a considerable amount of publicity since the book’s publication in June. Here are some highlights.

Over the past two months, Andy Stern has been interviewed in many notable podcasts, journals, and other media outlets. In June, for example, Bourree Lam interviewed Stern in The Atlantic about his background with the Service Employees International Union (SEIU) among other topics, and Stern summarized his argument for UBI in video interviews for the American television channel CNBC and the international news agency Bloomberg.

The Guardian also published a piece on self-driving trucks that drew upon Stern’s work, describing future automation in the transportation industry as an example of the impending “tsunami” of job disruption that Stern discusses at length.

Then, in July, Stern appeared as a guest on the Diane Rehm show, a long-running talk radio show sponsored by the National Public Radio, followed by Vox’s popular The Weeds podcast. (The latter included an invigorating discussion with journalists Matthew Yglesias and Ezra Klein, both of whom have recently written about UBI for Vox, along with Sarah Kliff.) Shortly thereafter, Stern participated in a UBI-themed episode of the Australian Broadcasting Corporation’s podcast The Money, along with journalist Megan McArdle (US) and public policy researcher Henning Meyer (UK).

Most recently, Stern appeared on the August 8 episode of NPR’s Think podcast with Krys Boyd. 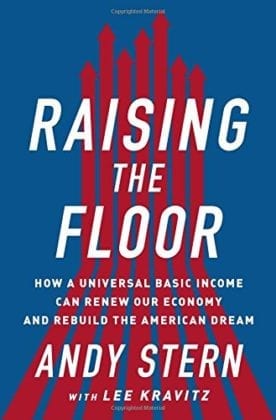 Reviews of Raising the Floor also appeared in a variety of publications, including TIME, Psychology Today, AlterNet, and Co.Exist.

One reviewer, psychologist Michael Bader, had once worked as part of group hired by Stern to help local unions “develop visions and long-term planning processes which were unfamiliar in many local union cultures” — an experience that made clear to Bader that “Stern broke the mold of a traditional union leader and was willing to experiment, take risks, and anticipate future trends.” In reviewing Raising the Floor, Bader remains impressed by Stern’s vision and ambition; however, he shows some hesitance to accept the forecast of a “tsunami” of job disruption:

If you buy Stern’s analysis of the magnitude of the catastrophe coming our way in the form of skyrocketing unemployment and underemployment driven by automation, artificial intelligence, robotics, and other new technologies, then you have to question whether traditional progressive solutions—stronger unions, a redistributive tax and regulatory system, a more activist government, and a broader and more effective social safety net—are sufficient to meet the challenge. If the answer is no, then radical ideas like the UBI start to break through our cynicism. In that case, we owe Andy Stern a debt of gratitude.

On the other hand, TIME editor Rana Foroohar is willing to accept that massive job disruption will take place, but she questions whether Stern has been too pessimistic regarding the future of organized labor:

The book fails to acknowledge another possibility, namely that the economic disruption it sketches, which will destroy both blue and white-collar jobs, could actually create a bigger, broader labor movement in the long run, perhaps the very long run. … Tech-related job disruption will affect all of us. That in itself may provide fresh impetus, and a big new market, for the next generation of labor organizers.

Meanwhile, Ben Schiller, a reporter at Co.Exist and known supporter of UBI, agrees with the main ideas expressed in the book, and commends Stern for getting into the “nitty-gritty” of implementation: “In the last chapter, he offers a blueprint for introducing UBI, covering the funding side, the politics side, and the out-in-the-streets mobilization side.”

As would be expected, reviewers, interviewers, and callers to radio shows have all varied in their willingness to accept both Stern’s forecast of cataclysmic economic disruption and his proposed solution of a universal basic income. In any case, the far-reaching publicity has helped to bring the idea of UBI, and some of the major arguments in its favor, to many people throughout America and the world.

Bourree Lam, “The Case for Unions to Support a Universal Basic Income“, The Atlantic; June 27, 2016.

Reinvent, “A Proposal for Universal Basic Income from the Former President of SEIU”, YouTube; July 20, 2016.