Audio, podcasts, & radio; From the web 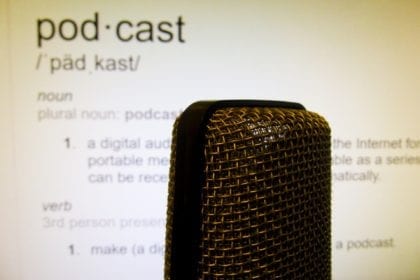 This summer, Jim Pugh (cofounder of the Universal Income Project) and Owen Poindexter launched the first podcast exclusively about basic income, which bears the apt name “The Basic Income Podcast“.

The Basic Income Podcast publishes new episodes approximately weekly, each featuring a different guest. The inaugural broadcast featured Che Wagner, one of the activists behind the basic income referendum in Switzerland. Subsequent guests have included Camila Thorndike of the Chesapeake Climate Action Network, who spoke about the campaign for a carbon tax and dividend, and Joe Huston of GiveDirectly.

Listen to past and future episodes at The Basic Income Podcast’s web home or on iTunes.

Leave a comment United States
The views expressed in this Op-Ed piece are solely those of the author and do not necessarily represent the view of Basic Income News or BIEN. BIEN and Basic Income News do not endorse any particular policy, but Basic Income News welcomes discussion from all points of view in its Op-Ed section.