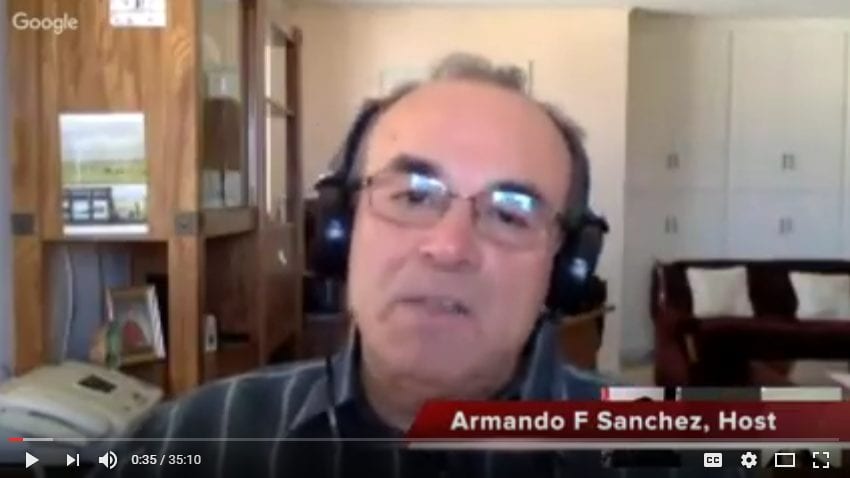 Armando F. Sanchez, CEO, broadcaster and writer hosted this 35-minute webcast “Jobless Future: Fact or Fiction?”, from Los Angeles, transmitted live in April 2016. Armando’s guests were Basic Income News editors André Coelho, Dario Figueria and Kate McFarland, invited to this webcast, which is a part of the series entitled “The Future of Today”. In this short and informal conversation, the central debated issues were permanent unemployment, industrial robots, AI in white collar professions and basic income initiatives around the world.