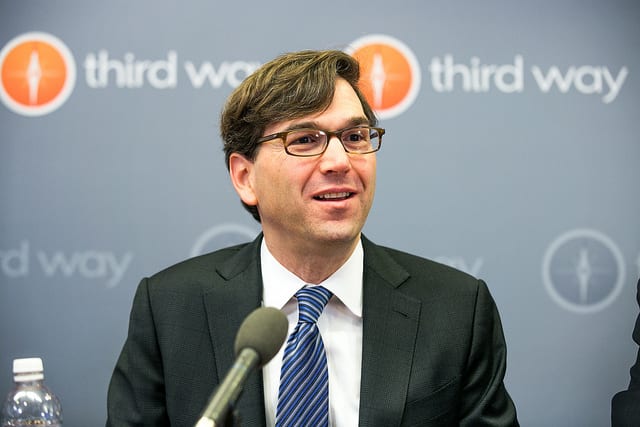 Jason Furman, President Obama’s top economics adviser, rejected the idea of a universal basic income in remarks made on Thursday, July 7, at a White House workshop on automation.

The last of four workshops on automation co-hosted by the White House Office of Science and Technology Policy was held on Thursday, July 7 at New York University in New York City, New York.

At this workshop, Jason Furman, an economist who has served as Chairman of President Obama’s Council of Economic Advisers since June 2013, present prepared remarks entitled “Is This Time Different? The Opportunities and Challenges of Artificial Intelligence“.

Furman’s main message was that we should not fear the rise of artificial intelligence; on the contrary, we should do what we can to further the development of AI. On Furman’s view, we need more AI, not less.

Although it was not his primary focus, Furman also spoke at some length about universal basic income (defined as “a regular, unconditional cash grant to every man, woman, and child in the United States”) — which he rejected as a viable solution to the economic worries posed by AI.

In his remarks, he promoted job training and job creation as alternative policies, and characterized UBI as “giving up” on the possibility of full employment:

The issue is not that automation will render the vast majority of the population unemployable. Instead, it is that workers will either lack the skills or the ability to successfully match with the good, high paying jobs created by automation. While a market economy will do much of the work to match workers with new job opportunities, it does not always do so successfully, as we have seen in the past half-century. We should not advance a policy that is premised on giving up on the possibility of workers’ remaining employed. Instead, our goal should be first and foremost to foster the skills, training, job search assistance, and other labor market institutions to make sure people can get into jobs, which would much more directly address the employment issues raised by AI than would UBI.

He went on to complain that UBI would increase, rather than decrease, inequality (without substantial increases in taxation, which he seemed to presuppose to be off the table):

Even with these changes, however, new technologies can increase inequality and potentially even poverty through changes in the distribution of wages. Nevertheless, replacing our current antipoverty programs with UBI would in any realistic design make the distribution of income worse, not better. Our tax and transfer system is largely targeted towards those in the lower half of the income distribution, which means that it works to reduce both poverty and income inequality. Replacing part or all of that system with a universal cash grant, which would go to all Americans regardless of income, would mean that relatively less of the system was targeted towards those at the bottom—increasing, not decreasing, income inequality. Unless one was willing to take in a much larger share of the economy in tax revenues than at present, it would be difficult both to provide a common amount to all individuals and to make sure that amount was sufficient to cover the needs of the poorest households.

Lastly, Furman conceded that “some of the motivation for UBI has nothing to do with future technological developments” — pointing out, specifically, that “some UBI proponents have put forward the argument that it would be simpler, fairer and less distortionary than the social assistance system we have today.” However, he also rejected these arguments for UBI:

This is not the space to go into great detail on this, but suffice it to say that today’s system could be improved, and the President has proposed a number of improvements to social assistance programs (OMB 2016). But at the same time, a wave of recent research has found that many of the common criticism of these programs—for example, that they discourage work, or that they do little to reduce poverty—have been greatly overstated, and a number of programs—including nutritional assistance, Medicaid, and the Earned Income Tax Credit (EITC)—have important benefits for the long-run earnings, health and educational attainment of children who grow up in recipient households.