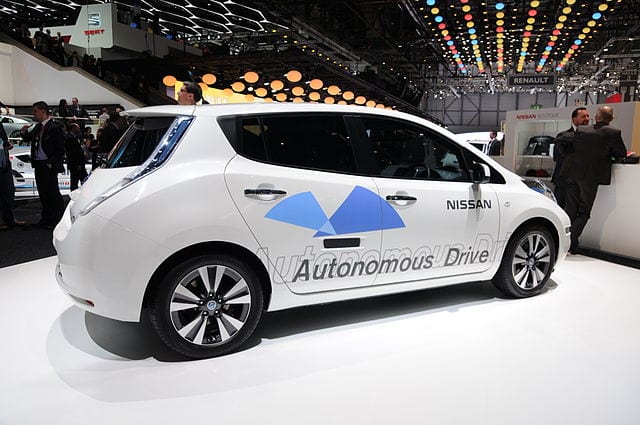 On July 5, White House Chief of Staff Denis McDonough hosted a roundtable conversation on automation, featuring panelists Robin Chase, co-founder of Zipcar, and Martin Ford, author of the popular books Rise of the Robots and The Lights in the Tunnel. Both Chase and Ford have previously spoken in favor of a universal basic income — a topic that came to loom large in the conversation.

The conversation began with a general discussion of the effects of new technologies on the economy. While both panelists emphasized that deep-learning, autonomous vehicles, and other new technologies promise myriad benefits to society, both also stressed that, without policy changes, these innovations will lead to widening social and economic inequality.

This theme eventually segued into a discussion of universal basic income. 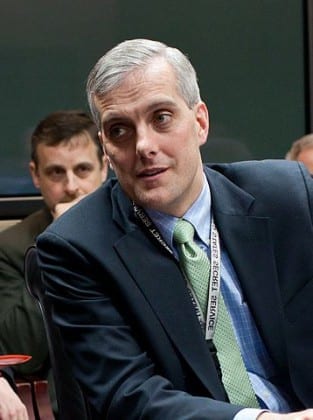 McDonough, acting as the mouthpiece for the White House, stated that the federal government does not see a need for United States to adopt a UBI.

Instead, according to McDonough, the focus should be on expanding and improving the nation’s existing social safety nets — “We can build on things that work, and we’ve seen that they work,” as he puts it — and on reforming educational curriculum (e.g., to include more computer science components integrated throughout various classes).

As might be expected, however, Chase and (to a lesser extent) Ford expressed much more enthusiasm about UBI.

Ford described himself as a supporter of introducing a guaranteed income “eventually” (i.e., when it becomes necessary due to automation), although he consented that it is “pretty much off the table” in the current political climate in the US.

Chase, in contrast, spoke strongly in favor of a basic income in the immediate future — presenting a string of arguments in response to McDonough skepticism of the need for such a policy. For one, she argued that the country’s current safety nets are not adequate to a society in which many people are freelancing or working in multiple part-time jobs or contracting ventures. (To use a line she quoted, “My father had one job in his lifetime, I had six jobs in my lifetime, and my children will have six jobs at the same time.”) In contrast, as Chase emphasized, a guaranteed basic income would enable individuals to diversify their work opportunities by “building more resilience” into their incomes. 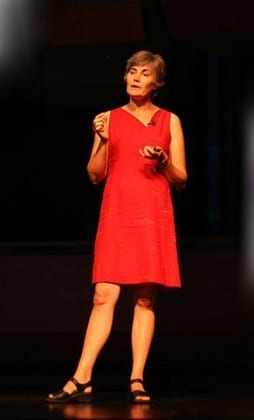 Another major talking point for Chase was the need for a basic income to enable more people to pursue their “passion jobs” (jobs which, as she and Ford both stressed, might not always be financially profitable). Early in the conversation, Chase made the point that much labor presently done by humans not only can but should be automated, in order to unlock the creative potential of those who are currently trapped in jobs that simply don’t need to be done by humans.

Later, she added that the jobs and tasks we’re able to automate today might be what “rich white men thought were great things” — and that there exists a potential for great social and cultural innovation as people are freed from automatable “crummy jobs” and have more time to engage their own interests and creativity.

At this point in the conversation, Ford intervened, making explicit the connection to the demand for a universal basic income:

A lot of those opportunities are not income-generating; they’re not necessarily things that someone would pay you to do. One of the best arguments for a basic income is that it would open up these possibilities for people to do things that count, that right now our society does not reward.

Chase agreed, and eagerly expanded on Ford’s point. She described a previous project in which she had interviewed people about their passion jobs — from a cab driver who wrote music that made autistic children happy, to a computer programmer who slept on friends’ couches while writing open source software for 3D printers. Many of her interview subjects were unable to pursue socially valuable and personally gratifying projects, simply because these projects were not financially lucrative.

Although McDonough himself appeared to be unmoved by the arguments of Chase and Ford, this passionate discussion of basic income at a White House roundtable should register as a breakthrough for the movement in America.

A video of the White House Conversation on Automation is available to view at the website Futurism. (The conversation starts at 4 min, 27 sec. Discussion of basic income in particular begins at around 20 minutes.)

Additional commentary on the roundtable with particular attention to the discussion of basic income:

Thanks to Dawn Rozakis for proofreading a draft of this article.