Donald Trump and the Prospects for a Basic Income 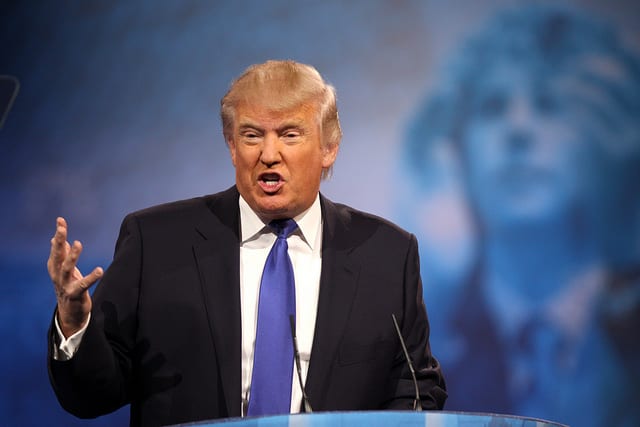 Donald Trump and the Prospects for a Basic Income

The Republican Party convention is over, and I’m feeling hopeful. Trump’s triumph may be a big step forward in our campaign to enact a basic income in the United States.

With Trump’s speech, and the convention’s overall tone, the party has completed its transition and come out of the closet. It’s now the Repugnant Party.

Our best hope is a landslide defeat, leaving Trump and the Repugnant Party in the dust. That will also leave Republicans with the task of rebuilding, seeking to reunite their Pro-Trump, Never-Trump, and Stuck-with-Trump factions. They’ll need a platform that’s positive, uplifting, and optimistic, something like a new version of Reagan’s “morning in America” — and they’ll have that, if the reborn Republican Party endorses a version of basic income.

Republicans might call it a “negative income tax,” quoting Milton Friedman, who strongly endorsed it in several books and many articles. Perhaps they’ll favor “Citizen Dividends,” to underscore the fact that the basic income is for citizens only, not immigrants. During their convention, they loudly denounced Hillary Clinton and the Democratic Party as the establishment status quo, and the cause of everything that’s wrong in America today. Republicans can reinforce those arguments by touting basic income as a way to cut taxes, end corporate welfare, and achieve many of their other goals and values.

Democrats will be pressing hard to bring rapid progress, and President Hillary Clinton will be eager to prove that she is much more than a third term for Barack Obama. She can do that by talking about basic income, even if she only floats it as an idea, stopping short of full-on support. They might like UBI, universal or unconditional basic income, using the “U” to emphasize liberal values. If Clinton doesn’t act, Bernie Sanders and his supporters may became our champions, running with this issue and taking over the Democratic Party.

We Americans will have a basic income within the next ten years, I predict, possibly within two to three years.

Steven Shafarman is a co-founder of Basic Income Action, a life member of BIEN, and on the coordinating committee of USBIG. His forthcoming book is The Basic Income Imperative: for peace, justice, liberty, and personal dignity. (If you are or know a literary agent or publisher, please contact him through www.basicincomeaction.org.)