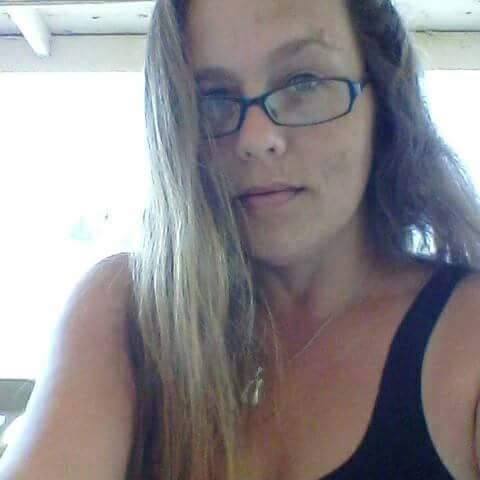 Harmony Hackney describes herself as a “housewife and quasi-revolutionary who went to school for motorcycle repair, where she went $9k into debt to learn how to read the manual, and an Associate in Science in paralegal studies, where she went $15k in debt to learn how to read the manual.” Since neither motorcycle repair nor paralegal work panned out as a career, Harmony now studies the history of her home state of Florida and “the nine generations of Floridians who came before her.” She plans to publish a book on the subject in the near future.

In this Basic Income Interview, Harmony was asked how she learned of basic income and why she supports it. Here is her reply:

I was looking for alternatives to the way the majority of us struggle each day and only manage to accomplish the barest levels of survival for our cultures. Since we have an abundance of things, but not an abundance of consumers, basic income seems like the most reasonable solution.

I support a basic income because it’s cheaper and more effective than our current process. My family has never been very well off; we’ve only ever managed minimal survival. My parents would work two and three jobs and we still couldn’t climb any higher. So we had to rely on assistance. For each piece of the process we had to go to a different office, fill out tons and tons of forms, get mailed tons of forms, mail back tons of forms, and spend a lot of time just waiting to fill out more papers or turn in more papers. That was back before the internet, but honestly the process hasn’t changed much. It’s still a series of separate offices, separate parts of the government, and separate places to fill out and turn in various forms. Now think about the cost of all that. How much is it costing to manage all of those forms and papers and all of that redundant information? And all of this serves no other purpose other than prevent just handing money to people.

We have entire sections of our government doing nothing but acting as a middleman between money and people who need money. When you go down and file for food assistance, you fill out all your forms, get approved, and they give you a card with a sum on it. Only that sum is in a special currency so that you don’t get real money. An entire section of government is devoted to calculating, managing, overseeing, enforcing, investigating, and distributing this special currency, which is additionally regulated so that it can only be used for these specific things. In addition, we have a whole other section of government that then collects this special currency, with all the bureaucracy that entails, who then redistributes the special currency as money. Imagine how much we could save if we simply eliminated all the extra stuff and just handed everyone a set amount of money.

And more than just saving money, we could save our environment as well. Think about how much we produce that gets thrown away because people couldn’t buy it. But we have to keep producing at that amount, and work to produce even more, so that we can make enough to live on. In addition to that, most of our jobs are make-work. It’s work that’s created just to say you are working. We have an abundance of fast food, retail, and other service jobs that can easily be automated. But we don’t because low wage workers are cheaper, and because we have been conditioned to believe that our existence is only justified if we are part of the workforce.

Most of my free time is spent studying and writing about history. I’ve discovered some very fascinating things that no one else has had the time to research. I’m being encouraged by other history professionals to continue my work and eventually publish my findings. Unfortunately, I’ve reached a point where I have to go to where records are in order to complete my research. Since we live paycheck to paycheck, with nothing to spare, I can’t finish my research. This is why it bugs me when someone says that a basic income will make people lazy. I’m not lazy now. Why would I suddenly become lazy just because I can choose to prioritize my time to suit me instead of a corporate machine?

Have your own thoughts to contribute? Want to see yourself in a future Basic Income Interview?

Visit our interview form to let us know who you are and why you support basic income.