The worldwide march to basic income: Thank you Switzerland! 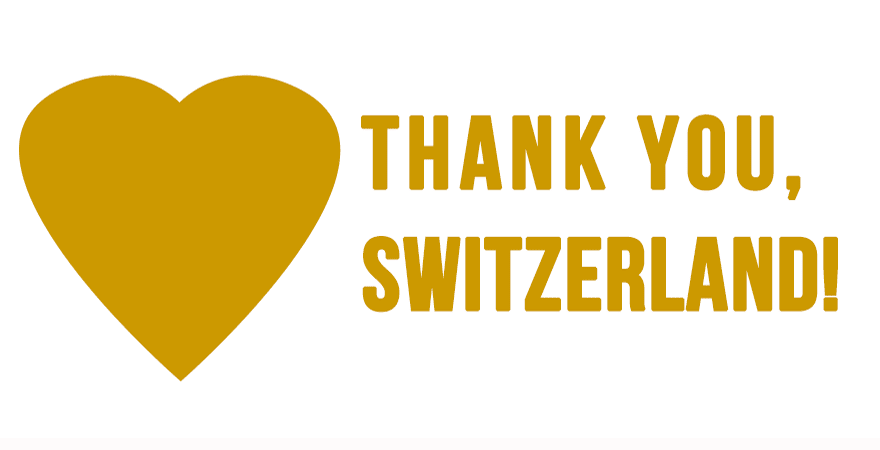 Despite being factually defeated in the ballots, the Swiss initiative for basic income should be regarded as a giant step in the now unstoppable march towards basic income, says BIEN Founder Philippe Van Parijs.

Philippe Van Parijs is Professor at UCLouvain, Hoover Chair of Economic and Social Ethics. Chair of BIEN’s International Board

June 5th, 2016 will be remembered as an important landmark in the worldwide march towards the implementation of unconditional basic income schemes. On that day, all Swiss citizens were asked to express their approval of or opposition to the following proposal:

The proposal was rejected, with 76.9% of the voters against, 23.1% in favor. Why was this rejection predictable? And why is it such an important step forward?[1]

To answer these questions, a brief historical overview is in order. In 2008, the German film maker Enno Schmidt and the Swiss entrepreneur Daniel Häni, both based in Basel, produced Grundeinkommen: ein Kulturimpuls, a “film essay” that gave a simple and attractive picture of basic income. The dissemination of this film through the internet helped prepare the ground for a popular initiative in favor of the proposal quoted above, which was launched in April 2012. Another popular initiative, which proposed an unconditional basic income funded specifically by a tax on non-renewable energy, had been launched in May 2010, but it failed to gather the required number of signatures. The initiators of the 2012 initiative first thought of specifying that the basic income should be funded by the Value Added Tax, as was suggested in the film, but they dropped the idea for fear of reducing support for the proposal. They also chose not to stipulate a precise amount of the basic income in the text itself. But their website did mention a monthly amount of 2500 Swiss Francs per adult and 625 Swiss Francs per child as the best interpretation of what was required, in Switzerland, “to live a dignified life and to participate in public life”. If an initiative gathers over 100.000 validated signatures in 18 months, the Federal Council, Switzerland’s national government, has the obligation to organize a country-wide referendum within three years either on the exact text of the initiative or on a counter-proposal to be negotiated with the initiators.

On the 4th of October 2013, the initiators handed in spectacularly 126.406 valid signatures to the federal chancellery. On the 27th of August 2014, after validation of the signatures and examination of the arguments, the Federal Council rejected the initiative without making a counter-proposal. In its view, “an unconditional basic income would have negative consequences on the economy, the social security system and the cohesion of Swiss society. In particular, the funding of such an income would imply a considerable increase of the fiscal burden”. The proposal was subsequently submitted to both Chambers of the Swiss Parliament. On the 29th of May 2015, the Commission of Social Affairs of the National Council (Switzerland’s federal house of representatives) recommended by 19 votes against 1, with 5 abstentions, that the proposal for an unconditional basic income should be rejected. After a thorough discussion at a plenary session on the 23rd of September 2015, the National Council proceeded to a preliminary vote and endorsed this negative recommendation by 146 votes against 14 and 12 abstentions.

On the 18th of December 2015, the Council of States (the Swiss Senate, made up of representatives of the cantons) considered the initiative in turn and rejected it by 40 votes against, 1 in favor and 3 abstentions. On the same day, the proposal was the object of a second and final vote in the National Council: 157 voted against, 19 in favor and 16 abstained. In all cases, all the representatives from the far right, center right and center parties voted against the proposal. All pro votes and abstentions came from the socialist party and the green party, both of which were sharply divided. At the final vote in the National Council, 15 socialists voted in favor, 13 against and 13 abstained, while 4 greens voted in favor, 5 against and 3 abstained. The degree of support thus oscillated between 0% in the Federal Council, 2% in the Council of States and 4, 8 and 10% in the National Council (commission, preliminary and final vote).

For the popular vote on the 5th of June 2016, the national leaderships of nearly all parties, including the socialist party, recommended a “no” vote. The only exceptions were the green party and the (politically insignificant) pirate party, which recommended the “yes”, joined by a number of cantonal sections of the socialist party from all three linguistic areas. Against this background, it was entirely predictable that the no vote would win. The actual results of nearly one vote out of four for “yes” — with peaks at 35% in the canton of Geneva, 36% in the canton of Basel-Stadt, 40% in the city of Bern and 54% in the central districts of Zürich — is far above what the voting record in the Swiss parliament would have led one to expect. We must, moreover, bear in mind that Switzerland is perhaps the country in Europe in which support for an unconditional income should be considered least likely, not only because of the deeper penetration, in Calvin’s homeland, of a Calvinist work ethic, but above all because of the comparatively low levels of unemployment and poverty it currently experiences.

In Switzerland and beyond: broader and more mature

Everyone now realizes, however, that even if the initiative had not managed to gather the votes of more than the 2.5% of the Swiss citizens who had given their signatures at the initial stage, it would have been, thanks to the initiators’ stamina and their impressive communication skills, a stunning success. There is now no population in the world or in history that has given more thought to the advantages and disadvantages of the proposal than the Swiss have done over the last four years. And the effect was by no means confined to Switzerland. Just in the few days preceding the popular vote, the Economist, the Wall Street Journal, the Financial Times, the New York Times, the Guardian, and countless other newspapers around the world felt forced to publish substantive articles in order to explain at length — sometimes quite well, sometimes not so well — what a basic income is and what it is about. There is certainly no week in the history of the world in which the media have allocated so much time and space to a discussion of basic income.

Apart from giving a big boost to the spreading of the idea, the Swiss initiative has also greatly contributed to the maturing of the debate about it. For one lesson to be drawn from the experience is that a proposal that stipulates a high amount for a basic income, but no precise way of funding it, can easily gather the required number of signatures for a vote – while still being a long way from convincing a majority among the voters who bother to turn up on voting day (about 46% of the electorate in this case). A shining star that indicates the direction is enough for the former, but visible signposts on the ground marking a safe path in its direction are essential to achieve the latter. Whenever I was invited to join the Swiss debate, I argued that introducing in one go an individual basic income of CHF 2500 (38% of Switzerland’s GDP per capita) would be politically irresponsible. True, no one can prove that such a level of unconditional basic income is not economically sustainable. But nor can anyone prove that it is. Nor will any local experiment performed or planned in Switzerland or elsewhere prove that it is. Moreover, it is not unreasonable to suppose that the economic sustainability of an unconditional basic income at that level will require a number of preconditions currently unmet, including the introduction of new forms of taxation — for example the micro-tax on electronic payments that played an interesting role in the Swiss debate — and effective international cooperation against tax evasion — not exactly Switzerland’s strongest point.

In the immediate future, however, it should now be clear that more modest but significant steps forward can and must be worked out and debated. They must involve an individual unconditional basic income at a lower level (say, 15 or 20% of GDP per capita) that would still need to be topped up by means-tested social assistance benefits or housing grants, certainly for urban single-adult households. It is not because in many cases the unconditional basic income would not suffice, on its own, to “enable the whole population to live a dignified life”, that it would not make a big difference to the security, bargaining power ad freedom of choice of many of the most vulnerable among us. Even in the short run, introducing such an unconditional basic income is definitely sustainable economically. It is up to us to make it politically achievable.

The totally unprecedented Swiss initiative has not only made many people, in Switzerland and far beyond, far more aware of the nature and size of the challenges we face in the twenty first century and of how a basic income might help us address them; by triggering countless objections, some naive and some spot on, it has also helped the advocates of basic income to sharpen their arguments and to better see the need for realistic next steps. For both of these reasons, the Swiss citizens who devoted a tremendous amount of time, energy and imagination to the “yes” campaign deserve the warm gratitude not only of the basic income movement worldwide, but of all those fighting for a free society and a sane economy.

[1] Many thanks to Nenad Stojanovic (Zurich and Princeton) for reliable information and insightful comments.