Francine Mestrum, “Why Basic Income Can Never Be A Progressive Solution” 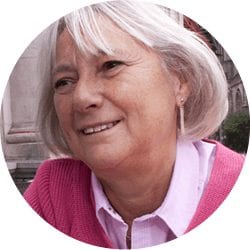 Mestrum’s article critiques basic income from the left, accepting that poverty needs to be abolished through a minimum guaranteed income for poor people, but asking why basic income should be given to all citizens instead of a benefit closer to a negative income tax that would only benefit those who need it.  Further, she believes the gross cost of a basic income scheme will hurt funding for other social security programs that will still be necessary with a basic income.