On why basic income has not yet been deployed: now it’s Namibia 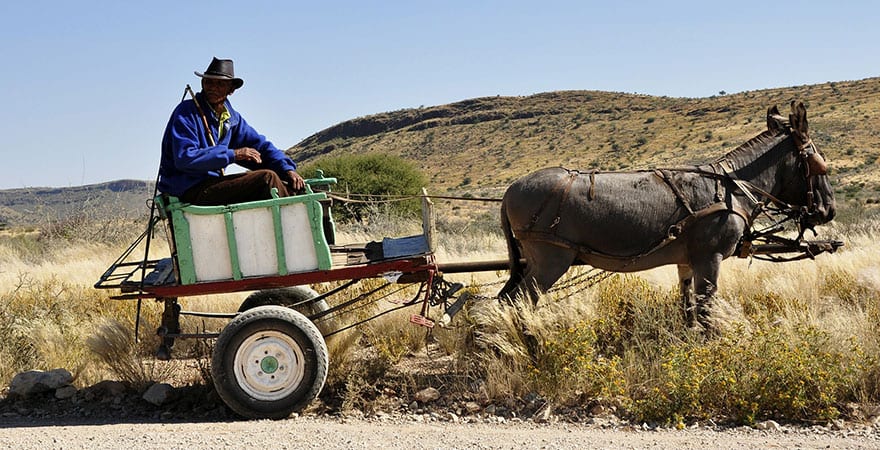 So the basic income implementation process in Namibia was halted1. Is that surprising?

After an amazing effort by minister Zephania Kameeta to get a basic income implementation program for Namibia up to the (minister) council, it was just swept away and replaced by a program intended to alleviate poverty through economic growth. The progressive approach was replaced by the traditional economic orthodoxy of endless growth and continued inequality. This program, named “Harambee Prosperity Plan”, also includes the creation of a food bank and grants for young people conditional on participation in this food bank and a few other community activities.

Let’s not forget that Namibia was one the few places on Earth where a basic income experiment was actually carried out (at Otjivero), and with excellent results. Among the positive results were better nutrition, clothing, and transportation, more savings and a rise in entrepreneurship. You could now be thinking: Ok, so they tried basic income in a pilot project with excellent results, and they had a minister who was a champion of the basic income who could take it on to national-level implementation. So what’s stopping them now? The answer seems simple, but it is also hard to deal with.

The answer is this:  big corporate interests need poverty. And it so happens that Namibia has plenty of poor people2. In a recent essay, a tentative connection was established between poverty (in economic terms) and the refusal/denial of the South African government to test for basic income, let alone implement it at the national level. Basically, the argument entails that government officials deny the proven advantages of basic income, delaying its development, to protect corporate interests. These interests profit massively from the cheap labour that a mass of helpless poor people can provide.

The economic structure of Namibia, as related to income, is not much different from the South African, as can be seen in Figures 1 and 2. The similarity is striking, hence the same unwillingness of the Namibian political elite to try out the implementation of basic income, despite all the theoretical and proven practical advantages it provides for the people. 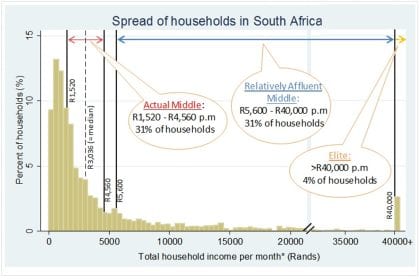 Figure 1 – The spread of households within the income distribution in South Africa, 2008 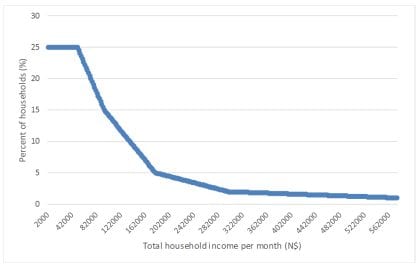 Figure 2 – The spread of households within the income distribution in Namibia, 2015

A clear image starts to appear. In these countries, poverty is an asset for big industry, which has, to a great extent, bought political power. So what can be done about it? Well, two things can happen: poverty-dependent corporations automate up to a great extent3, and/or Namibians put pressure on their elected officials – through democratic processes – to get basic income implemented, despite the corporate grip on regime politicians. The first one is highly probable, and so we will be watching a fading interest of corporations in financing political power, since with mechanical machines and Artificial Intelligence they can get their way even without resorting to poor human labour. The second one, less likely but entirely possible, may grow from the first one, when political leaders get less engaged with corporate power – and although remaining eager to please them, no longer have the same financial incentive, thus becoming more susceptible to democratic pressures.

Anyway, automation may actually not be a deterrent but rather a spark for some sort of basic income implementation. We seem to be facing a win-win situation for basic income: automation and/or democratic pressures will guarantee that basic income becomes a reality in the next few years in Namibia, and elsewhere. At this point, only ruthless autocratic power can dismiss it and keep it away for much longer. The time for change has come.

André Coelho, “On why basic income has not yet been deployed”, Basic Income News, 17th March 2016

1 – At the beginning of April 2016, the Namibian president presented his state of the nation address as well as the “Harambee Prosperity Plan”, which focuses on combating poverty by the creation of jobs through economic growth, plus the introduction of a food bank.

2 – According to the Republic of Namibia National Planning Commission “Poverty and deprivation in Namibia 2015”, the account for poverty is that 26,9 % of the population lives under the official poverty line.

3 – According the report “Technology at work v2.0”, it is estimated that in countries like Ethiopia the risk of job automation covers 85% of all jobs in the coming decades (other examples like China and India rate at 77% and 69% of automation risk, respectively).