Chris Weller, “Giving people free money could be the only solution when robots finally take our jobs” 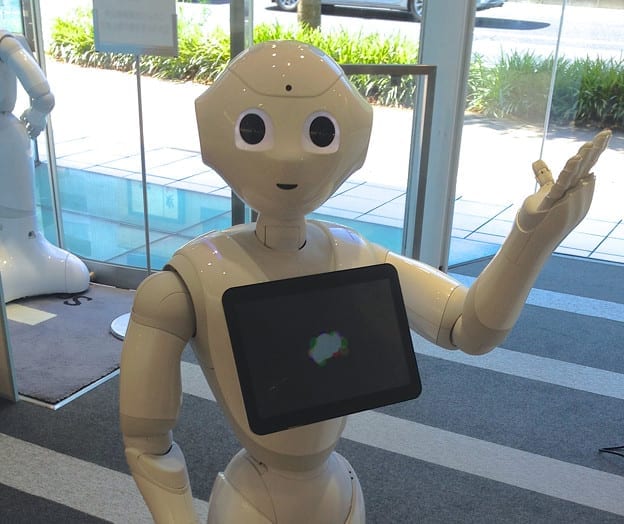 In recent months, Basic Income News has covered multiple articles that explore basic income as a solution to the unemployment expected to result due to further automation of labor. (See, for example, here, here, and here.)

Meanwhile, events of just the past few days prove that worries about automation are not going away any time soon: Foxconn (a supplier for Apple and Samsung) reported that it replaced 60,000 of its 110,000 factory workers with robots, Pizza Hut announced plans to “hire” the robot Pepper (pictured above) as a server in its restaurants in Asia, and a former McDonald’s CEO warned that minimum wage hikes would spur automation in the fast food industry.

In an article published last month in Tech Insider, reporter Chris Weller weighs in on the issue of technological unemployment — drawing upon the ideas of American basic income advocates like Jim Pugh, a former analytics chief for President Obama and host of basic income “create-a-thons” in the Bay Area, and Sam Altman and Matt Krisiloff of Y Combinator (the San Francisco start-up incubator that has recently hired a researcher to oversee a basic income experiment).

Chris Weller (April 8, 2016) “Giving people free money could be the only solution when robots finally take our jobs,” Tech Insider.