SWITZERLAND: 40% of the population set to vote favourably to basic income referendum 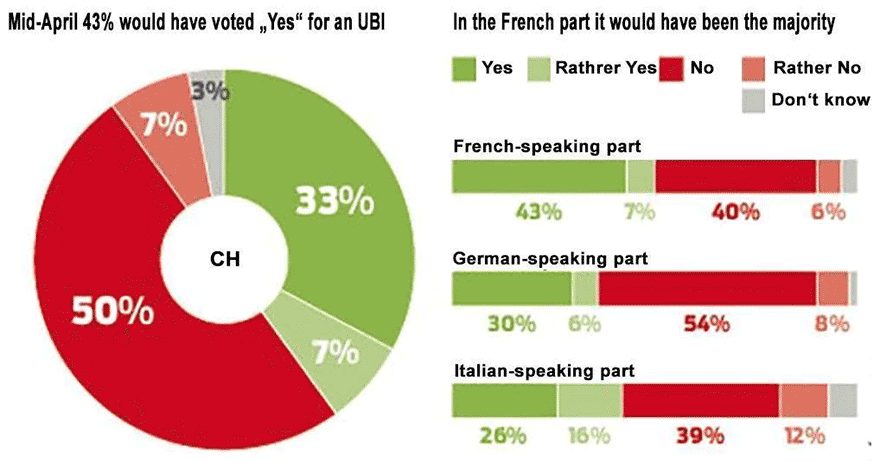 While the Swiss campaign for basic income is approaching the finish line before the national referendum on June 5th, an encouraging poll shows a rapidly growing level of support.

The polling company Tamedia asked 20,000 people about their voting intentions on the next referendum day (which includes 3 other issues along with basic income).

The results suggest that 33% of the population would certainly vote ‘yes’ while 7% would probably vote ‘yes’. Meanwhile, 50% of those surveyed oppose the referendum, with another 7% ‘rather’ opposed. According to the swiss campaign, the level of support has almost doubled since the last poll, conducted in early 2016.

In the French speaking parts of Switzerland, the level of support even reaches 50%.

“This is a very positive result showing a rapidly growing support for the idea in Switzerland. Everything remain possible. As many people are still uninformed, this means the Yes still has some room for progress,” BIEN-Switzerland’s Anna-Béa Duparc said.

However, only a small fraction of the population (3%) is yet undecided about the topic, making the last 5 weeks of the campaign very challenging.