André Julião: Two articles based on a single interview to Basic Income activists in Portugal 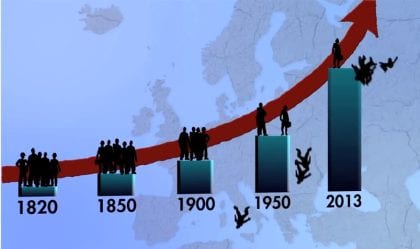 In the two articles below, André Julião writes a thorough summary of the Basic Income (BI) on the international scene as well as in Portugal. Based on an interview with Roberto Merrill, André Coelho, Ana Cristina Cunha and Pedro Teixeira, Julião unravels BI’s historical record, from Thomas More to Phillipe Van Parijs, and briefly reviews the evolution of Portuguese social security policies. He then outlines the present day BI implementation pilot plans in several countries, such as Finland, the Netherlands, India, Namibia and Canada, and presents Pedro Teixeira’s reasoning and justification for a probable decoupling between BI and rising prices. André Coelho presents further arguments for BI, and Ana Cristina Cunha elaborates upon current BI activism in Portugal. Finally, Julião presents a brief discussion of options for financing a BI, concluding that an income redistributive policy seems more attractive than a “Quantitative Easing” approach, at least for the people of Portugal.

More information is available at: