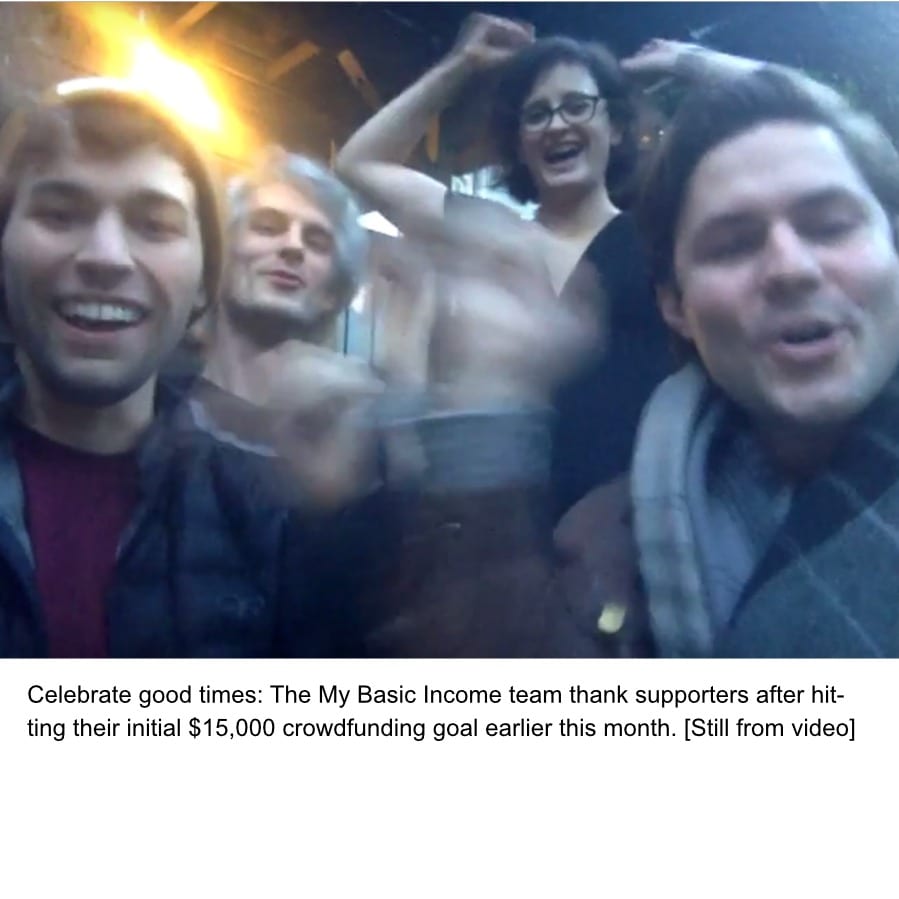 America’s first crowdfunded basic income campaign, created and managed by the San Francisco-based My Basic Income team, has hit its initial $15,000 crowdfunding goal, and is now preparing to raffle off a no-strings-attached Basic Income. In early spring, the team will hold a random drawing to decide who will receive $1,250/month for an entire year. The overall goal of the project, which is the first of its kind in the United States, is to involve people in the UBI movement.

“We had a real snowball effect, doubling on the last day,” said team member Gregory Tippett. “We had a huge push in the last week, writing and calling everyone we knew. The UBI community really came together to make this happen with both large and small donations, and shares on Facebook, Twitter, etc. It was exhilarating to feel so much support – for a while, the number on my phone read ‘$14,997’ while I ran around hugging everyone.” 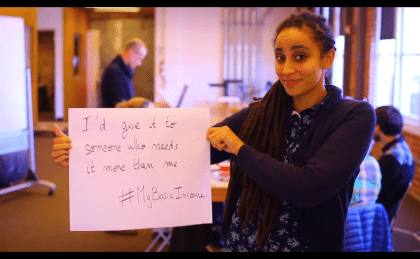 It’s your life: The My Basic Income initiative asks participants what they would do with $1,250 a month.

The raffle at www.mybasicincome.org remains open, and is free for anyone who wants to sign up. Entrants are asked to answer the question: What would you do with your life if your income was guaranteed?

The initiative was launched at the first Basic Income Create-A-Thon, an event held in San Francisco in November 2015, which attracted 80 participants. At the event, the team received coaching from Michael Bohmeyer, the entrepreneur who created a similar project in Germany called Mein Grundeinkommen. Like Mein Grundeinkommen, My Basic Income is designed to generate personal stories to help people related the UBI concept to their own lives. Funds for My Basic Income are being raised on the Indiegogo platform.

The all-volunteer team, who describe the project as a “labor of love”, has released a video thanking their supporters. “It’s sort of like having a band,” says Tippett, “we rehearse weekly, work on our new material in our free time, and are setting up shows to share it.”

At present, the four-strong My Basic Income team is also building a network to raise additional funds in order to turn initiatives like the upcoming raffle into an ongoing experiment. The team is at the same time enhancing its technical and legal infrastructure, and working on developing outreach events and a format for supporters to easily share their stories on social media. They are also looking for pro bono contributions, especially from lawyers with expertise in US/California non-profits and charities.

To donate, get involved or discuss pro bono work visit this page.