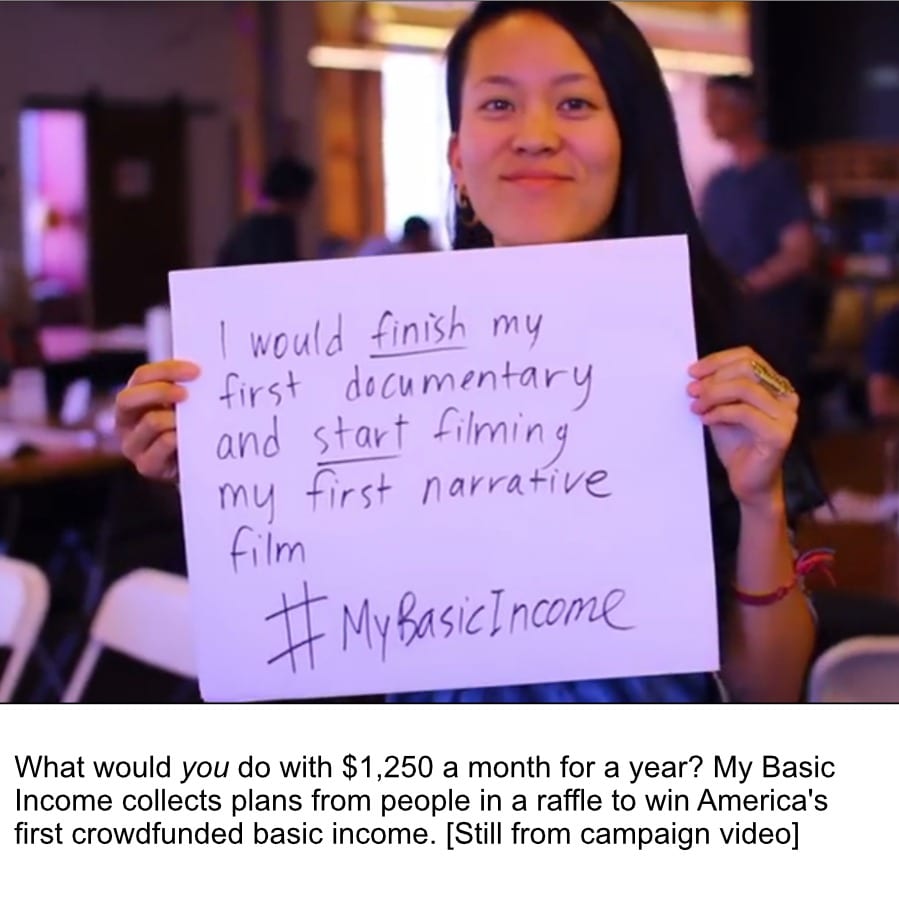 The first initiative to crowdfund basic income in the United States is quickly approaching its first milestone. By Friday, January 15, the My Basic Income project aims to raise $15,000 so that its first lucky winner can receive a basic income of $1,250 a month for a full year.

“Once we make our goal, things really get fun,” Gregory Tippett – one of the four-strong team behind My Basic Income – told BI News. “If our first winner wants to go public, we’ll do that, but it’s their choice.”

The team formed at the first Basic Income Create-a-Thon in San Francisco in November 2015, where they were coached by Michael Bohmeyer’s Mein Grundeinkommen team. Bohmeyer has spearheaded a similar campaign in Germany, which has received over 200,000 signups and awarded 20 winners since 2014, and has brought considerable attention to the UBI movement. 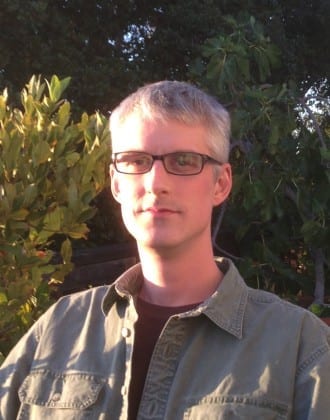 Spreading the message: Gregory Tippet of the My Basic Income team

Getting the message out there

Tippett said the long-term plan for the American initiative is to organize regular social events to spread the message and encourage sign-ups for the raffle that determines the basic income winner.

“By asking ‘What would you do if your income was guaranteed?’ we inspire people about the idea of Basic Income. Those responses get shared, and this regular content-building furthers the movement in a way that anyone can easily participate in,” Tippett stated.

The team – like most of its support base – is made up of people who work full-time. Tippett said that some important lessons so far were the need to take a long-term view, to keep things fun, and to stay in contact with the rest of the team through regular check-ins and working sessions. “Getting together is not just for making decisions, but sharing ideas and keeping alive the sense of excitement and possibility.”

The approach of My Basic Income is to ask those who sign up for the raffle how a guaranteed income would affect their life. At the launch of the project, the team was excited to find out what individuals would actually do with their earnings.

So far, on top of 100 donors, over 200 people have registered for the raffle, and their plans to use a guaranteed income are diverse. Nevertheless, some themes are starting to emerge:

To donate or get involved, visit this page.