A team of UBI supporters has successfully kicked off the first initiative to crowdfund basic income in the United States. 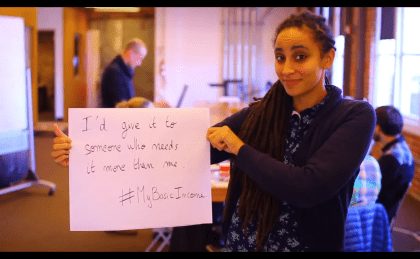 The so-called My Basic Income project is already off to a strong start, having raised 3,403 dollars in the first three days alone.

Once there is enough money in the pot, a randomly chosen participant will receive $1,250 a month for a full year to find out how it would change his or her life. The aim is to help the basic income movement by raising awareness about UBI.

My Basic Income was one of eight projects to emerge from the first ever Basic Income Create-A-Thon held in San Francisco earlier this month.

“Amazingly, we got the whole thing together in under 36 hours and launched it during our presentation,” Gregory Tippett – who is part of the four-strong unit behind My Basic Income – told BI News. “I think because of that we’ve had great word-of-mouth support.”

The team behind the American initiative is coached by their counterparts at German project Mein Grundeinkommen, which has been up and running for over a year. 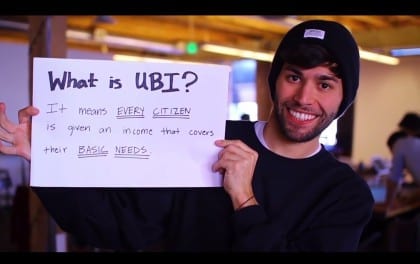 Mein Grundeinkommen has been an unqualified success, raising enough euros to finance one-year basic incomes set at €1,000 a month for 22 randomly chosen individuals so far.

The German and American teams held launch meetings at the Basic Income Create-A-Thon. Tippett described Mein Grundeinkommen as amazing to work with and their wisdom as contagious.

“On one hand, they really gave space for us to develop this on our own. On the other, they were also extremely straightforward with their constructive criticism and sharing what they had learned so far,” said Tippett. “For example, they really helped us gear towards the mission of telling individual, relatable stories. And at the same time they emphasized consent, i.e. they have a box people can check that says ‘If I receive the Basic Income, I’m ready to talk to the press’… but it does not disqualify you to check ‘no’ and they honor that choice.”

My Basic Income will run till January 15 next year after which it is hoped the project will be expanded and carry on with its aim of helping awareness-raising and movement-building around basic income. 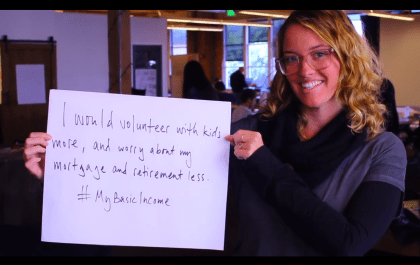 “We believe that fundamental economic support would give people the power to make more meaningful choices with how they use their time. For example, a study came out recently showing that entrepreneurs tend to be people with safety nets – so that they take the risk to try out their ideas,” said Tippett. “Of course, we don’t really know what will happen but it seems like it will be fun to find out.”