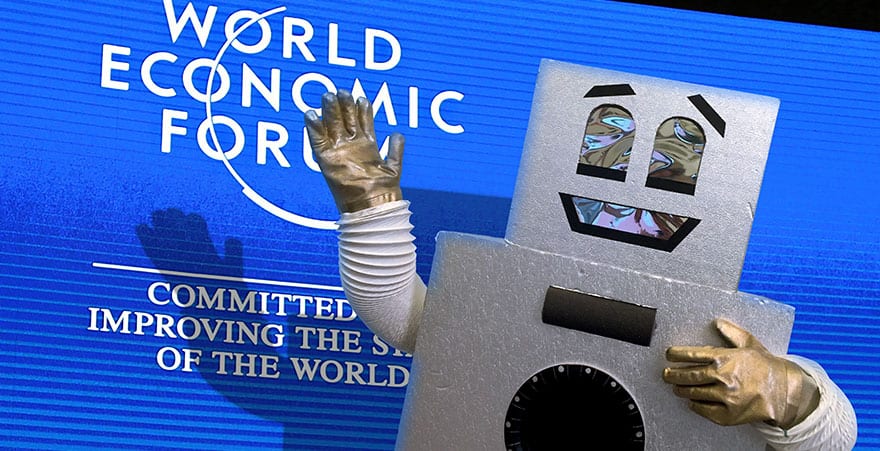 The annual meeting of the World Economic Forum was held during 20th-23rd January 2016. A group ‘Robots for Basic Income‘ countered the Forum with their demand for a Basic Income. The group released ‘Declaration of Davos 2016’:

Robots demand for universal basic income as a humanistic response to technological progress
We – the robots – call for an universal basic income for humans. We want to work for the humans to relieve them from the struggle for income. We are really good in working. But we do not want to take away people’s jobs and thereby bring them into existential difficulties.

Che Wagner, ‘human spokesperson’ of the group, said that they need a wider support for their campaign for the national referendum, which will take place in June this year.

Videos on what the group perform in Davos can be watched online.

In the meantime, a panel of the World Economic Forum discussed the idea of basic income: