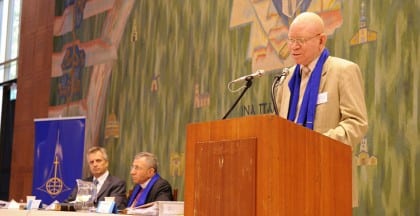 Minister of Poverty Eradication and Social Welfare Zephania Kameeta, a longtime supporter of basic income, has conducted multiple meetings with groups from all 14 regions in Namibia on the topic of interventions to eradicate poverty and distribute wealth more equally in Namibia. As a result of these meetings, Kameeta and the Ministry of Poverty Eradication and Social Welfare are compiling a detailed report on such interventions, including the possibility of a basic income. The report should be compiled and ready for discussion at the national conference on October 26th.

This basic income interest continues the movement started by the basic income grant pilot project from 2007 to 2009, which granted N$100 per month to all residents under 60 years old in Otjivero-Omitara.