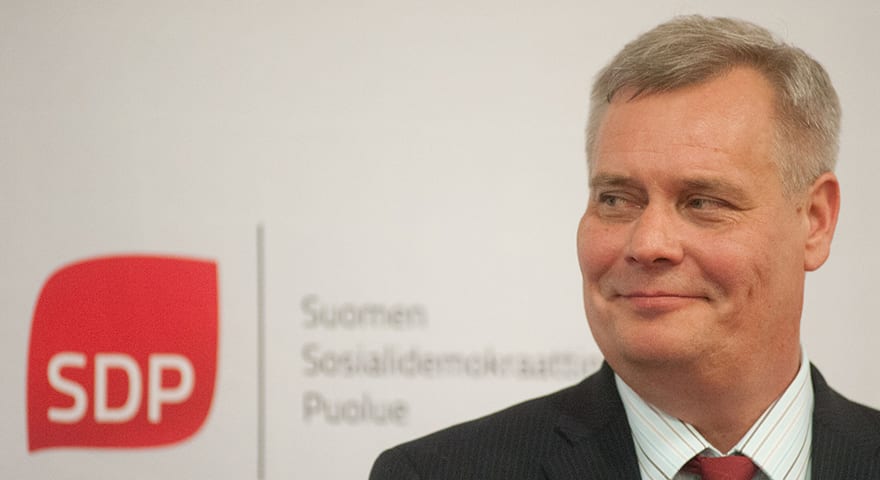 “If basic income means that everyone is secured in a decent way, the SDP must be involved in this debate” said Antti Rinne, Social Democrat leader and former minister of finance. Rinne thinks it is important that any basic income would not make it more difficult to take up work.

The Social Democratic Party has been the main basic income opponent in Finland. During the last general elections, 80% of their candidates for parliament said they opposed basic income.

A similar move came from Trade Union STTK leader Antti Palola, who was also speaking at SuomiAreena. He said:

Personally, I’ve been thinking about this issue and come to the conclusion that we in the trade union movement need to reposition ourselves on this issue. After all, we have traditionally been very tightly in favour of this discretionary income-related basic social security. We have seen that it is the right thing.

According to Palola, the old vision of Trade Unions was relevant as long as the people had permanent – big or small – incomes from standard employment positions. However, the labor market is rapidly changing and the Union movement should hear these new signals.

The new center-right government of Finland has committed itself to implement a basic income pilot, although the details are not known yet. The SDP has not yet announced whether or not it will oppose this project in the parliament.

With contribution from Johanna Perkiö