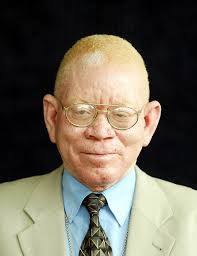 The Minister of Poverty Eradication and Social Welfare of Namibia, has come out in criticism of Namibia’s current economic model based on self-interest and profit in favor of the Blue Economy, an economic philosophy centered around social and environmental justice. Kameeta, who was appointed by President Hage Geingob with the goal of tackling poverty head-on and narrowing the gap between the rich and poor, is advocating for the Basic Income Grant (BIG). Kameeta’s program would provide a universal minimum income allowance be paid to any person not above 60 years of age who is not earning above the tax threshold (currently N$ 50,000 per year) and is not receiving any other government grant, such as disability grant, maintenance grant or war veteran grant. Namibia experimented with the BIG from 2008-2009 by providing recipients a monthly grant of N$100. Kameeta renewed his support for the BIG and criticized Namibia’s economic model during the Blue Economy Conference in Windhoek on April 27-28 2015.

For more information on Bishop Kameeta’s advocacy for the BIG, see: