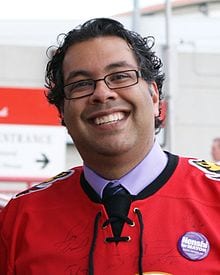 Calgary Mayor Naheed Nenshi called for “brave step” toward Basic Income Guarantee, at the National Poverty Reduction Summit on 7th May in Ottawa. The summit was hosted by Tamarack and Vibrant Communities Canada, from 6th to 8th May. Nenshi was elected in 2010, and then initiated a poverty reduction strategy called ‘enough for all’. He was awarded the ‘World Mayor’ prize in 2014.

More detail can be read here.

See here for the summit, and here for Naheed Nenshi.