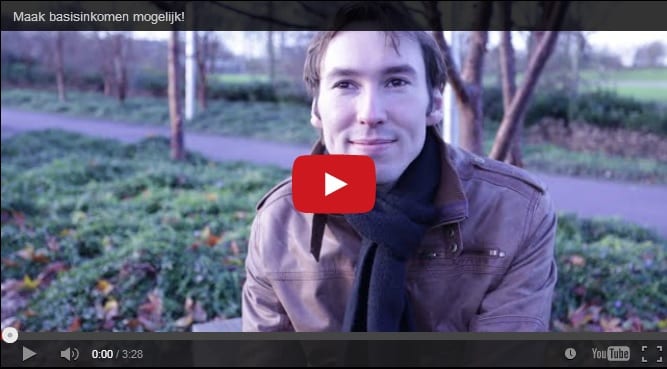 He is now asking for a basic income himself, in order to keep working for the basic income cause, both on theoretical and practical grounds. According to his page on Dream or Donate he asks for contributions for a modest basic income of 1000 €/month, which is indeed basic for Dutch standards.

Other activists have also been trying this kind of crowd funding for securing a personal basic income, in order to keep working as activists for basic income. This is the case of Scott Santens, who is currently financed at 386 US$/month, according to his page on Patreon. This crowd funding efforts are in line with many other currently growing internet-based programs, like Indiegogo.