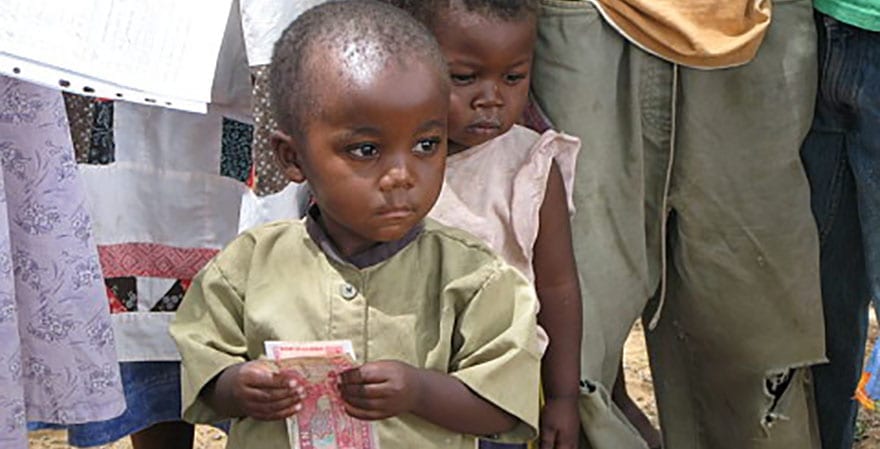 A basic income pilot project, originally implemented in 2008, has just been re started. The project in the Otjivero-Omitara settlement of the Steinhausen Constiuency in Namibia had been providing all residents living in the settlement since 2007 with $100 per person per month, without any conditions attached. The initial pilot program stopped in June 2013, when the funds provided by the Evangelical Lutheran Church in the Republic of Namibia were depleted.

Now, with funding from the Waldensian Church, basic income payments of $100 per person per month have been re-instated for residents of the settlement. Three rounds of monthly payments have already been released this year, and the program is expected to have enough funding to continue until April 2015.

For more information on the return of the program, see: