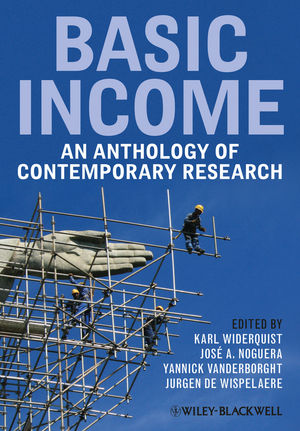 Basic Income: An Anthology of Contemporary Research presents a compilation of six decades of Basic Income literature. It includes the most influential empirical research and theoretical arguments on all aspects of the Basic Income proposal. According to the publisher, it presents the best theoretical and empirical arguments for and against Basic Income. It includes unpublished and hard-to-find articles. It is the first major compendium on one of the most innovative political reform proposals of our age. It explores multidisciplinary views of Basic Income, with philosophical, economic, political, and sociological views. It features contributions from key and well-known philosophers and economists, including Tony Atkinson, James Buchanan, Milton Friedman, Erick Fromm, Andre Gorz, Claus Offe, Philip Pettit, John Rawls, Herbert Simon, Philippe Van Parijs, and many more.

The publisher’s U.S. webpage for this book is: https://www.wiley.com/WileyCDA/WileyTitle/productCd-1405158107.html

The publisher’s E.U. webpage for this book is: