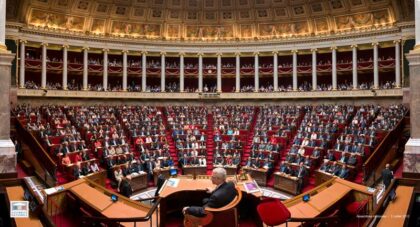 The French Parliament house. Picture credit to: Refresh A law proposal, named “experimenting over the territory in order to implement a basic income”, was presented to Parliament (Assemblée Nationale), on the 31th of January, 2019. Although government had announced the will to promote such experiments, a majority of MP’s from the party in power rejected the debate before it even