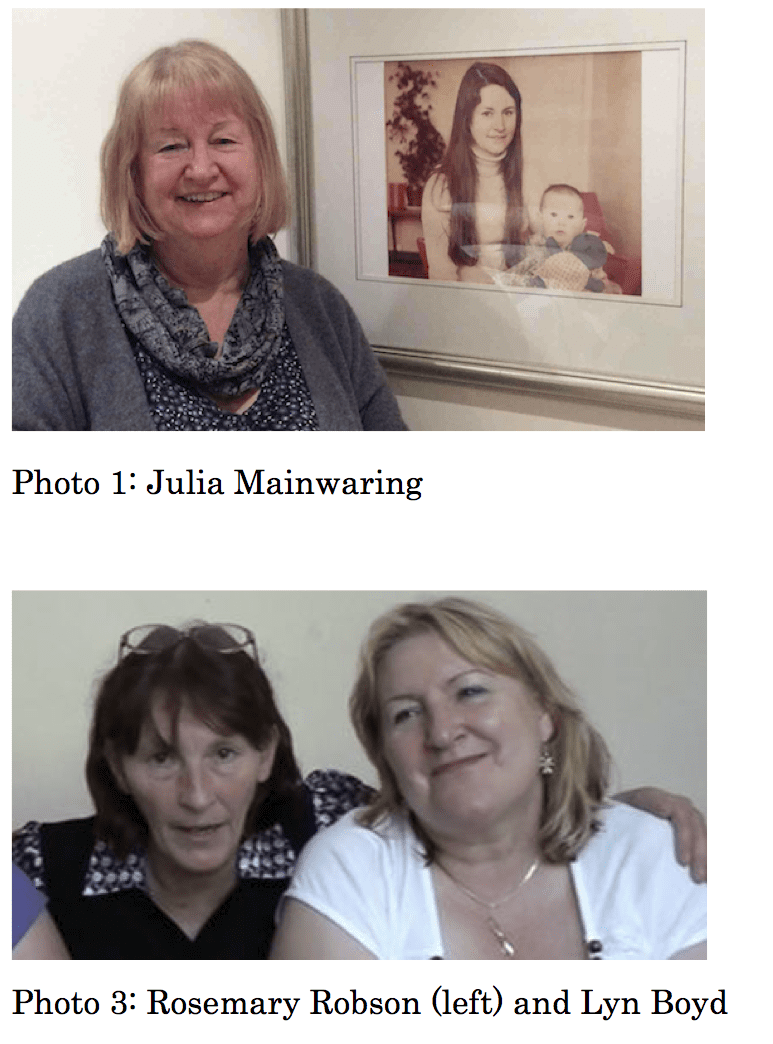 OPINION: Reclaiming the Women’s Liberationist Demand for a Citizen’s Income

Thanks to the Green Party of England and Wales, and the Scottish Green Party, a Citizen’s Income, a.k.a. a Basic Income, is now on the political agenda for the general election on 7th May 2015 in the U.K. This has expanded British media coverage on the topic dramatically.

An ITV opinion poll focused on Green Party includes a Citizen Income as one of 8 ‘possible future Government policies’ in its questionnaire. The poll shows: Support 36%; Oppose 40%; Don’t Know 23%. The ‘Don’t Know’ rate for a Citizen Income (23%) is lower than that of the following 4 policies: ‘Deliberately trying to reduce the size of the British economy in order to reduce the consumption of natural resources’ (37%), ‘Restricting the development of new supermarkets’ (26%), ‘Restricting the building of new football stadiums’ (33%), and ‘Seeking ways of reducing the size of the human population’ (28%). This suggests that people have a clearer opinion about a Citizen’s Income than the other 4 Greens’ polices listed above, regardless of whether that opinion is positive or negative.

So far so good. The Media reports the idea, and people have opinions about it. However, except a few voices its coverage either in the Media or anywhere else seldom touches on the fact that it has long been a demand of feminist activists in the U.K. It seems that even many feminists collectively have forgotten this historical fact. So let me briefly reclaim it.

In April 1977 at the 9th National Women’s Liberation Conference held in London, a resolution which asked the whole of the British Women’s Liberation movement to endorse a Guaranteed Minimum Income was passed with majority vote. Around 2.500-3,000 women were in attendance.

The resolution was raised by women from Claimants Unions, and by ‘a Guaranteed Minimum Income’ they meant an unconditional basic income, i.e. a Citizen’s Income. They have demanded and campaigned for it since 1970.

Who were these women? Why did they demand a Citizen’s Income? Julia Mainwaring, one of those who spoke for the resolution at the conference, recalls that it ‘came to us from personal experience, [from experiences of] all of us.’ She was born and grew up in a small mining village in Wales, where almost all of the adults in the village were unemployed. She moved to Birmingham and with several other people she founded the first ‘Claimants Union’ in 1968. They defined it as ‘trade union of assistance claimants’. Within a year more than 150 people had joined this union, and in a few years around 90 Claimants Unions were formed in many cities and towns across the U.K. Mainwaring herself moved to London. Until the early 1970s, council housing in London, provided either by the GLC or by the local borough, didn’t allow the name of legally married women to be entered into a rent book which could only be held in the husband’s name. Mainwaring challenged this in court and won her case. (Photo 1 shows a recent picture of Mainwaring with a photo of her on the day she won the case.)

Not only Mainwaring, but also many of the women in Claimants Unions came from a Working Class background and many were single mothers. They were regularly harassed by welfare officers, referred to as ‘sex snoopers’, who spied on them and conducted spot checks late at night. If a claimants woman had any sexual relationship with a man, it was assumed they should be supported by him. Sometimes just friendship for example, a male neighbour coming into the house to help fix a tap or a bulb would be assumed to be a partner/boyfriend; the next week her benefit would be suspended. The women didn’t take this personally, rather they detected the structural and institutionalised sexism behind. In order to end this, they formulated the idea of a Citizen’s Income, where no means test was involved so that no spies and no humiliation were needed.

The same sexism still continues, if its brutality has slightly decreased since 1970s. If you don’t detect anything wrong after watching this govermental video; you share the same sexist assumption with DWP that if a woman accommodates her boyfriend and irons his cloths, she must be financially supported by him.

So it seems to me the Claimants Union women’s struggle against institutionalised sexism and their feminist rationale for a Citizen’s Income is still relevant to contemporary progressive politics in the U.K. However, strangely enough, both the literature on feminism and on a citizen’s income in this country have been silent about this feminist struggle and its demand. Why has this feminist demand which was officially and democratically endorsed as one of demands of the British Women’s Liberation movement erased from the collective memory of British feminists?

I restrict myself by not speculating about the reason here. Instead let me briefly juxtapose claimants women’s own voices with the representations of them in a Women’s Liberation poster and Spare Rib articles. Issue no. 4 of Spare Rib (1972) showed a photo of claimants in protest along with text which explained the detail of the protest (The left of Photo 2). The same photo was reused for a poster for International Women’s Day in 1973, but its detail had been edited (The right of Photo 2); Men were deleted. A slogan on the placard carried by a woman was changed from “End Cohabitation Rule” to “Equal Pay” and some other demands. The name of organisation on the placard was changed from “Claimants Union” to “Women’s Liberation Workshop.” I imagine there was no sinister motive for this editing. (But it would misguide a younger generation of feminist historians.)

Many claimants women joined the protest in London at the International Women’s Day 1973. Lyn Boyd and Rosemary Robson, both from Newcastle Claimants Union were arrested when they and others took action to protest against the government’s plan to abolish Family Allowance and to replace it by Tax Credit. (Photo 3: Robson on the left; Boyd on the right. ) Family Allowance was paid to women, but Tax Credit was supposed to be paid to men. The claimants women thought a Citizen’s Income was a necessary condition for the financial independence of women (which was the ‘fifth demand’ of the British Women’s Liberation Movement) and defending and expanding Family Allowance was a first step toward it.

Boyd was born in a mining community in North Durham. She described Claimants Union activity as empowering themselves ‘to be knowledgeable enough to stand up for yourself and fight for your rights on a basis of equals not “cap in hand”.’ Through her involvement with the Claimants Union, she joined the Women’s Liberation Movement. Boyd, Robson and other claimants women hitchhiked to the Women’s Liberation conferences in London and elsewhere. Boyd recalls that they had sought ‘a better way of living and cooperating – the claimants union and women’s rights movementis a manifestation of that way of being’.

Five years later, Issue no. 58 of Spare Rib (1977) reported that a resolution demanding a “Guaranteed Minimum Income” was passed at a National Women’s Liberation Conference. Strangely, while the article didn’t tell readers anything about what a “Guaranteed Minimum Income” is, who raised the resolution and why they did so, but instead, it reported who was against it and the reasons for their opposition.

What do Mainwaring, Boyd, Robson and the other women in the Claimants Unions think are the reasons for the collective amnesia in feminism and in progressive politics more generally? And how did their thoughts and actions relate to feminism more generally speaking? Some of their voices are recorded in the following article: ‘A Feminist Way to Unconditional Basic Income: Claimants Unions and Women’s Liberation Movements in 1970s Britain’, Basic Income Studies, 9(1-2), 2014, pp.1-24. An earlier and longer version of it can be read here.

A Citizen’s Income is needed to end one of institutionalised forms of sexism today. That I have learnt from these women. 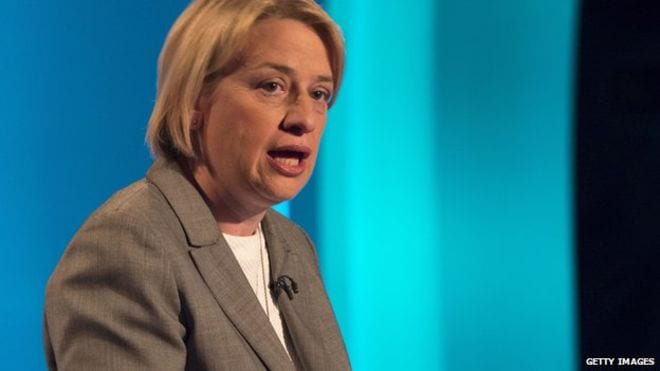 Natalie Bennett, the Green Party leader of England and Wales, confirmed the party’s ‘citizen’s income’, paying everyone in the country £72 a week. The video is at:

The article of it can be found at: