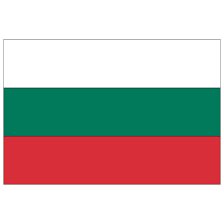 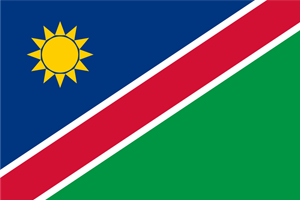 A South West African state with a troublesome colonial history, Namibia has a population of around 2,5 million people and is one of the least populated countries in Africa due to its extremely dry climate. The country is rich in natural resources like – diamonds (annual value of mined diamonds around 1 billion US dollars)1 , uranium (4th largest producer in the world), gold, zinc, copper 2. Other important industries are fishing, agriculture and tourism.

Unfortunately for the majority of the Namibian people the benefits from an abundant national wealth are not equally distributed. Namibia ranks as one of the most unequal places on the planet where 50% of the population live on less than 5.50 USD per day 3 and in 2017 27% 4 were living below the poverty line. A place where people have not enough food to sustain their nutritional needs.

On top of poverty, hunger and the impact of climate change contributing to suffering, there are some additional challenges:

Children are trafficked within Namibia for forced labor in agriculture, cattle herding, domestic work, and commercial sexual exploitation. San children are particularly vulnerable to forced labor on farms or in homes. 7

In the context of the socio-economic situation described above The Basic Income Grant Coalition comprised of citizens’ organisations (the Council of Churches, the National Union of Namibian Workers, the National NGO Forum, the Namibian Network of AIDS Service Organisations, the Legal Assistance Centre, and The Labour, Resource and Research Institute) funded and ran a pilot project the purpose of which was to trial and study the application of Universal Basic Income in Namibia.

The research had the following results:

In conclusion, the pilot project had a dramatic overall positive effect on the selected community. The Basic Income Grant Coalition calculated that the cost for nationwide implementation of unconditional universal basic income for all would be N$ 1.2 – 1.6 billion (USD 71 – 95 million) per year, equivalent to 2.2 – 3% of Namibia’s GDP (2019 – 12.37 USD Billion) 10

In short, UBI in Namibia was and is feasible. The missing component then and now remains the lack of political will to apply the project on a national level.

3. Government response regarding the pandemic crisis in Namibia

Following from the brief summary of state of affairs in Namibia and an example of a possible solution to the human suffering caused by institutional inadequacy and economic logic that produces inequality, I will now list the measures that the Namibian government has taken to tackle the health/economic crisis triggered by COVID-19.

1. Emergency Income Grant 11 – one off payment of N$750 (USD 45) for people experiencing financial difficulties caused by COVID. The government allowance should cover 749 000 people in need and will cost the government N$562 million (USD 34 million).

Some concern regarding the stimulus: 12

The EIG is a self-nomination process. Therefore applicants are required to have, or make use of an active cell phone number, and a valid Namibian ID number.

These measures are very far from a policy supporting the business community given the implications of the crisis.

3.1. Subsidy for employers in the construction, tourism and aviation sectors. Workers will receive 17% of their wage for 3 months.

3.2. Employers who are benefiting from measures should not be firing any of their workers or reducing their salaries with more than 50%

3.4. Grants for workers affected by COVID-19. These are conditional application based stimulus that has the potential to help 56,000 to 117,000 applicants.

3.5. Government and business owners will be allowed to negotiate a temporary 20% drop in salaries.

How these measures can be interpreted:

4. The Economic stimulus measures which will be administered by banks consist in: 15

Here the government enables the banks to make businesses dependent on loans which creates more instability by increasing debt in society. Hardly an adequate solution for the needs of business owners, workers and their families.

5. Water subsidy equal to N$10 million. This will enable water points to be kept open without people needing to use water cards.

Probably the bare minimum a state can do to prevent riots and social breakdown.

There is a general concern about administration and distribution of emergency funds based on past and present experiences. In a report called COVID-19 Emergency Procurement 16 by Frederico Links the author outlines issues with transparency on spending by government institutions which raises doubts about how much of the already unsatisfactory help will reach people at the bottom of the income chain.

Another report Analysis – Namibia’s National Budget 2020/21 17 comments on potential problems with the financial stability of Namibia and its economic future which has direct implications on the wellbeing of the Namibian people.

In conclusion, based on the information above:

Here are some links to resources that might help one understand and relate better to statistical data: