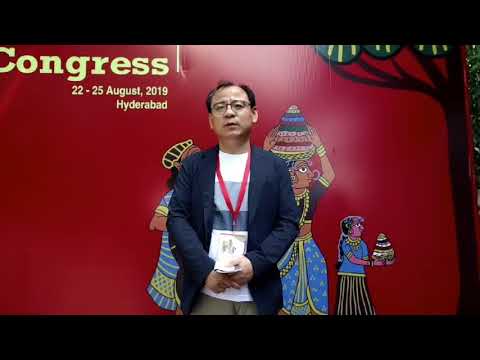 The interview covered the dividend and its reported benefit for local youth, local business owners and how it has affected the national conversation about basic income and whether it could be expanded to include more ages.

In 2020, because of Covid-19, Gyeonggi Province gave the local cash 250,000￦ (220$). This was essentially a Covid Basic Income given to every citizen. Small businesses and traditional markets, especially street marketers were pleased with the program.

In addition, in April 2020, the first international South Korea Basic Income fair was hosted in Gyeonggi province. Another online fair was held in September 2020 with 150,000 participants. The fair will be held in April 2021 again.

Yujoo city in Gyeonggi province has begun an agricultural basic income project. The project will be implemented if it gains approval from the local legislature. Cultures and Arts Basic Income and basic income for pregnant women are being discussed as well.

In March 2022 with the presidential election, basic income will be a hot issue on the agenda. Basic Income Korean Network (BIKN) is trying to lead the basic income conversation during the election.

With Gyeonggi province, BIKN and a member of the national assembly from the Basic Income party was elected in 2020. This demonstrates basic income is becoming a widely discussed issue in Korea. Even few public schools are giving cash coupons to students to spend at the school cafeteria.

Below is the transcription of four interview questions being asked in the video.

The Youth Basic Income was implemented in April 2019. Before that, it was implemented in 2016 in Seongnam city. Lee Jae-Myeong started it. Now he is the Gyeonggi provincial governor. He changed the Youth dividend to the youth basic Income and has been implementing it in 31 cities and districts. We had conducted a survey on 3,500 youth basic income recipients. The results say that the youth had difficulties not having any income and planning their future was hard due to financial difficulties such as unemployment. However, now that they have the youth basic income, they can make their future plans with it. That is the biggest surprise of the basic income research result.

2. What have business owners said about the Basic Income?

In Korea, Youth basic income gives local cash, which can only be used in Gyeonggi province. Its youth satisfaction rate is high. The reason why? Because there is a well-established infra structure for Basic Income consumption supported by Gyeonggi province. Small businesses and traditional markets, especially street market traders receive the local cash so that local business gain from it. Also, self-employed people and small business people are highly satisfied with the Youth basic income so that Basic Income is being widely spread and well known in Korea.

3. How has the youth dividend affected the national conversation about Universal Basic Income?

The youth dividend, implemented in 2016 in Seongnam city and the youth basic income, started in 2019 in 31 cities and districts, has a big impact on the Basic income discussion and basic income policymaking nationwide.

For example, starting the youth dividend in 2016, through the Youth Basic Income in 2019, now we discuss about agricultural Basic Income, Agricultural subsidy, Cultures and Arts basic income in Korea. Some local governments made it a reality. Political party members are having various discussions of the Basic Income legislation. Therefore, I am confident that the basic income will become a reality soon.

4. Will the youth dividend expand to include more ages in the future?

Yes. I am certain that its expansion will include infants, the elderly and cover all ages. As I mentioned earlier, right now, we are discussing the agricultural basic income, Agricultural subsidy, Cultures and Arts basic income, and the pregnant women basic income etc.

The video is provided below: 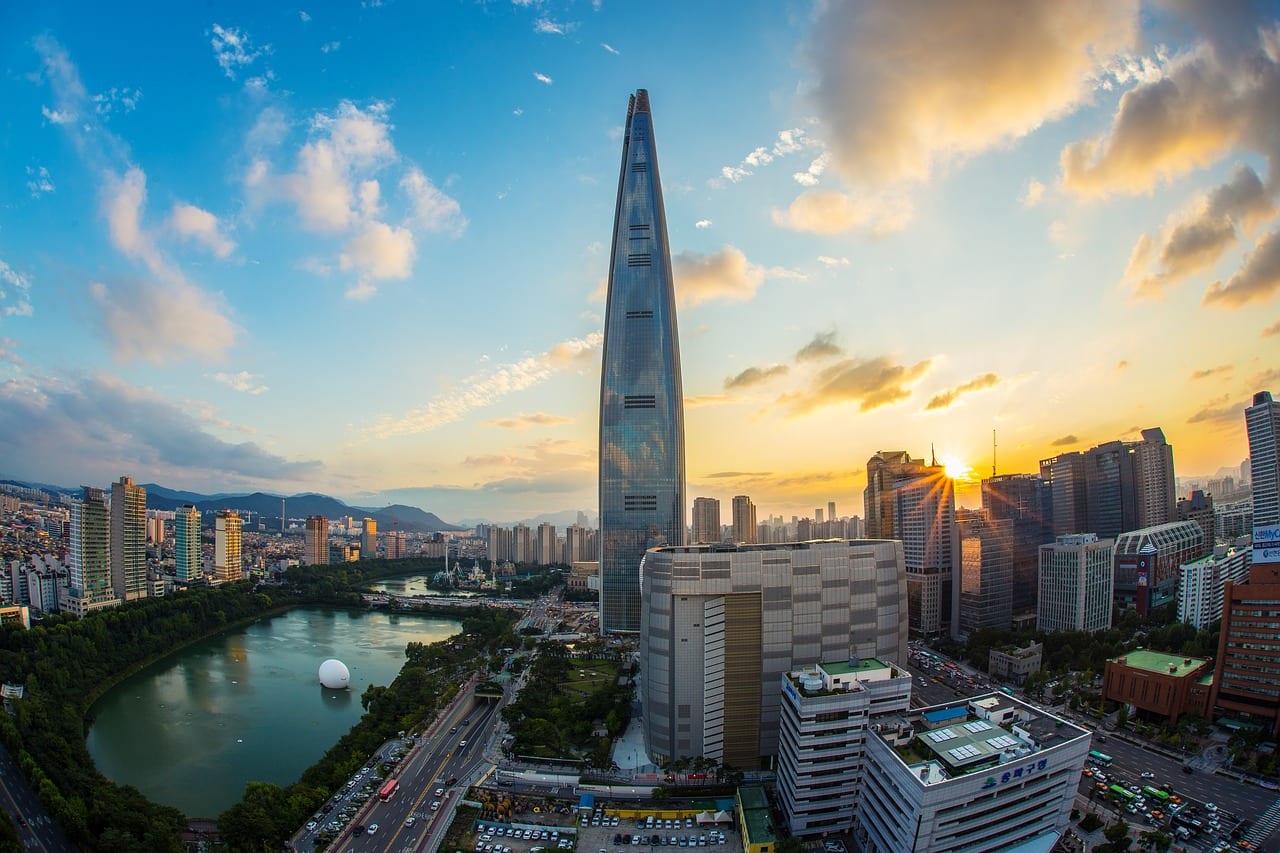 South Korea’s government included an expenditure to design potential models for a basic income experiment into the budget for 2018. It shows that government and politicians in South Korea have started to consider basic income as a significant and unavoidable policy.

Against this backdrop, BIKN held a conference under the title of “Why we need a basic income experiment: The necessity of BI and significance of a BI experiment” on Jan. 23, 2017, which was co-sponsored by the Democratization of Economy Forum of the National Assembly.

Four speakers came to propose potential basic income models for Korea and to make a critical evaluation of the experiments that have already been carried out or will soon begin in other countries or regions.

Professor Seo (Gunsan National University) said the existing social security system is based on an employment-contract relation, revealing the limitations of highlighting the qualitative change of work into “flexible” employment. We need to form new strategies to face the current situation and we constructed three possible options.

The first strategy is an expansion strategy that seeks to expand the legal nature of employees considering their actual conditions. The second is to shift the basis of social insurances from employment-based social insurances to income-based ones. Finally, we could consider the basic income strategy. Professor Seo said that the first strategy, a kind of legal approach, has two drawbacks which does not keep up with the actual changes in the economy and is subject to many blind spots. Although, such a strategy could be helpful in the short-term. The second strategy is limited because it is still based on labor-related income. So she maintained that the basic income strategy is the most effective in the “workless” future.

Professor Baek (Catholic University), stood upon the same understanding of the current situation as Professor Seo. Seo brought attention to the transition to a welfare state centered on basic income in his presentation, “Precarious Work and Basic Income for Young People.” In the first he suggested the ideal method of transition is comprised of eight stages: 1) rational adjustment of the existing social security system; 2) implementation of new categories of social assistance programs such as unemployment allowance; 3) strengthening social allowances for children, the elderly, and people with disabilities; 4) introduction of a social benefit for young people; 5) implementation of participation income; 6) expansion of the coverage of age groups in age-related categorical allowances; 7) introduction of a low-level basic income which integrates a few social allowances; 8) implementing a full basic income. For this, he maintained that the most useful and effective method is to introduce a basic income for young people first, after he highlighted the insecurity of young people in Korea (unstable employment, low wages and exclusion from social insurances).

Dr. Park (Chungnam Institute) proposed a Farmer’s Basic Income or Rural Residents’ BI in “Requirement of Farmer’s (Rural Residents) BI and Introduction Plan.” His starting point is that the income of farmer’s household has steadily decreased, and the existing subsidy has a serious drawback. In 2016, the average earning of a farmer’s household is 63.5 percent of an urban worker’s one, which has undermined the foundation of agriculture. And the subsidy is paid in proportion to the arable acreage, which causes disadvantages to petty farmers. In fact, the total size of the subsidy is too small. Dr. Park proposed the Farmer’s BI or Rural Residents’ BI to enhance the public value of agriculture and to secure the income of a farmer’s household.

Professor You (Australian National University) proposed the principles and direction that should be the basis of a BI experiment in Korea, while examining the basic income experiments or similar ones carried out across the world. He found that the experiments could be a foundation for discussing implementation of BI, even though they have limitations. He proposed that we need to make comprehensive and long-term design for a BI experiment to whatever extent possible. To produce such a design, two features would be required: close cooperation with government and a wide range of expert participation.

The South Korea government will post the program to design BI experiments to which BIKN will apply with other academics and experts. It will be an opportunity to spread the legitimation and necessity of BI widely, even if BI is not implemented in a short timeframe in Korea.

Information about the conference (in Korean) is online at this website.

Third, Kwen Moon Seok, a beloved steering committee member of the Basic Income Korean Network (BIKN), passed away in May 2013. He was only in his mid 30s and left his wife and an infant daughter behind. Before his death, he had devoted himself to setting up an new network called, “alba-yondae (Solidarity of tentative workers)” and had been respected by many young people who joined the network. According to a member of BIKN, “He was one of the most sincere and hard working activist. … May rest in peace.”

Seoul, on June 3, 2011, the Basic Income Korean Network(BIKN), in conjunction with Cultural Action and the Institute of Land and Liberty, held a symposium titled Ecology, Land Tax, Culture, and Basic Income as a part of the 5th Marx Communale that took place in Seoul National University.

Part I of the symposium, Culture Society and Basic Income, began with the presentation of Basic Income, a Virtuous Circle of Labor and Culture by Prof. Kwang-Hyun Shim of Korea National University of Arts. Despite admitting that basic income is the only perceived medium of making a radical change in an ever-automating society, Shim argued that an incomplete implementation of basic income – one without a strong, organized cultural movement – is risky, since it might merely augment market fundamentalism by granting more purchasing power. Debated topics included how basic income will/should change the boundary of labor and creative activity.

Part II (Ecology, Land Tax, and Basic Income) approached one of the most notorious social problems of South Korea – the land price. Begun with a presentation titled Ecological Society and Basic Income by Prof. Jeong-Im Kwon of the University of Seoul, it proceeded to the argument for land value taxation by Gi-Up Nam, president of the Institute of Land and Liberty. Laying a moral and economic foundation to taxing one of the largest unearned income in South Korea, Nam claimed the scheme to be an alternative to basic income. Nam-Hoon Kang, professor of economics at Hanshin University and the representative of BIKN, asserted a model where the positive effects of land value taxation and basic income is seamlessly combined, simply by funding basic income with land value taxation.

The event was a success, with the venue packed by an eager audience for five hours. Marx Communale is a biennial academic festival held by South Korean researchers and artists studying various theories originated by Karl Marx. The fifth Communale, Contemporary Capitalism and Life, was a three-day event from June 2 to June 4.
-Report by Han Don-Son, for the Basic Income Korean Network (BIKN)