Dmitry Medvedev calls for a Basic Income debate in Russia 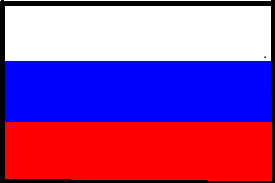 The online journal russland.capital has reported that the Chair of the United Russia Party, Dmitry Medvedev, has initiated a discussion about Basic Income.

Dmitry Medvedev, vice-chairman of the Security Council and chairman of the United Russia Party, proposed a discussion on the introduction of a basic income in Russia during an online meeting broadcast on the party’s website. “What is meant by this is the inviolability of this minimum amount of money that the state pays a person regardless of the type of activity and social and economic status,” said Medvedev. … “The pandemic has shown how important it is to support people in order to maintain social stability. Of course, this idea requires the most careful analysis, ” said Medvedev. He invited his party colleagues to discuss this idea with members of the government and trade unions.

The article (in German) can be read here. (Readers might wish to be aware that some of the terminology quoted in this article is ambiguous. It is not always clear that a Basic Income is what is being discussed.)

Click here to read the article by Alexander Solovev