An outsider’s view of the Basic Income Congress 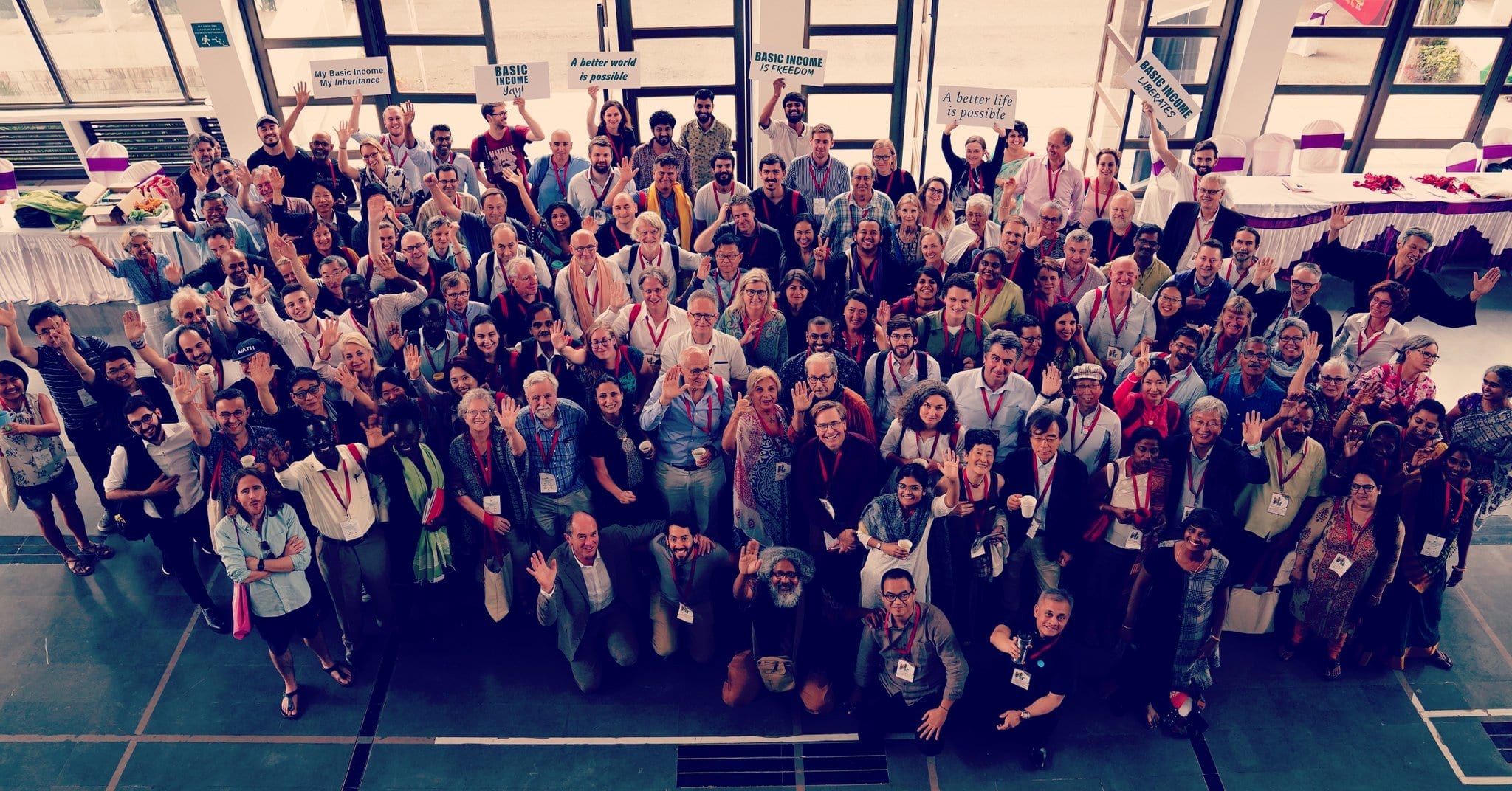 I was privileged to attend the Basic Income Earth Network (BIEN) 2019 Congress just now where I drew attention to the role of complementary currencies and attempted to dispel any fantasies about the role of blockchain in transferring wealth.

I’ve always supported Basic Income (BI) in principle. It is probably the most direct possible strategy to address the perennial problems of poverty and inequality. It works by giving enough money to live to everyone, effectively putting a floor on poverty, and taking away the fear and want that drives people to underprice their labour. It is unconditionality makes it cheaper to administer than a normal social security system.

This week I learned that there have been plenty of trials, and they consistently demonstrate the above benefits in addition to others like empowering women (at least in India) and helping people to invest in their own livelihoods.

After a week of conversation as an outsider to the movement, I want to record here some other thoughts, which I hope may be of value.

1. The term:
It must have taken years of debate to settle on ‘Basic Income’ so maybe my thoughts on the matter are nothing new and too tardy. The term Basic Income does not express (to me) the intention that it should be enough to live on. Because the term ‘basic’ does not at all imply ‘sufficiency for living’ there is nothing to stop politicians issuing any paltry sum and calling it ‘Basic Income’. On the surface, it would be a victory but it could lead to conflict in the movement and bad public relations, especially if results were disappointing. I am reminded of what happened in microfinance, which was a fabulous idea for charitable lending to the poor which became something entirely different and less effective as it scaled and had to become commercially viable. Also instead of ‘income’ I much prefer ‘dividend’, because it implies the entitlement that the rich, (who most need convincing about these ideas) understand so well. Dividend also dovetails with the commons discourse, in which so much of the world is enclosed commons which in truth belong to everyone. So language like a social dividend, or a living income, would seem much stronger.
2. BIEN Identity & purpose:
In my time as a complementary currency activist, I have visited several other movements, most of whom are hardly referencing each other. This silo-ing is an easy trap to fall into, especially when the movement is funded to focus on its core issue, and especially when the arguments are technical or complex. Basic income should not build a tribe of fans and advocates for a single universal policy, but about building expertise and disseminating it throughout the social movements as a strategic option for them. BIEN should be a hub of expertise not a force in its own right. I was glad to see some politicians in the congress, and I wasn’t the only complementary currency practitioner, but I would have liked to have seen more people around from the trades union, think tanks, monetary reform, commons, and especially from the movements du jour, Gillets Jaune, Extinction Rebellion and Friday’s for Future. BIEN is conspicuously absent from this list of grassroots movements meeting in Iceland next week.
3. More focus on economics:
It seems to me that more formal economists should be involved in costing BI and anticipating the economic (and social) benefits. Economics is needed to justify (though not to determine, I am cynical to say) almost all political decisions today. I would have liked to learn more about the economic effects of increased spending by the poor, like GDP and sales taxes, about how the richest would pay most of their BI straight back into a progressive tax system, and about the longitudinal social benefits when the poor eat better, sleep better and live less stressfully. This is sometimes quantified as ‘social value’ – another expression I did not hear this week. I heard some discussion about how BI is funded, but nothing about modern monetary theory (MMT). Bernie Sanders just announced at $17trn Green New Deal (GND) manifesto pledge which would be funded I think by MMT. Are any basic income advocates advocating MMT?
4. Climate change:
I did not attend all the sessions, but I saw almost no mention made of climate change. The last 18 months have seen an upsurge of concern about the rapidity and the magnitude of climate change and with it much attention to the psychological and social consequences.
5. The big picture:
My largest concern is that BI could be widely implemented in a relatively short time, but because the economy itself is constantly changing and/or because the economy will change in response to BI, it could soon stop working as intended. I read one article on this a while ago, saying that if everyone’s income increased, rents (land rents) would increase commensurately, canceling out the benefit. Upon examination, this turns out to be a whole slew of arguments showing how naive it could be to think we can change the economy with a single intervention. To prevent rent-inflation, they could, of course, be capped, but inflation could also occur in other sectors like utilities, or food, and preventing all that would cause the neoliberals in charge will balk at the idea of such a heavily planned economy.

In some ways, the BI is not very radical, which is part of its appeal of course. Some would argue that it is just a tweak to capitalism, similar to the welfare state, and that capitalism has fundamental problems and must be replaced. The focus on basic income as the solution could leave little room for more radical ideas or different approaches. What if, for example, governments were prevailed upon to ensure that no one in their borders needed to be malnourished or cold or ill alone. This is much more concrete than BI and would deliver similar benefits. it could be achieved using BI or other strategies in keeping with the prevailing ideology.

BI is a strategy, not the goal, a means not an end. It may not be the best means for every country. I still support BI but it seems it is a single strategy amongst many, and that implementing it will not be the end of the struggle between capital and labour, just a step in the right direction.