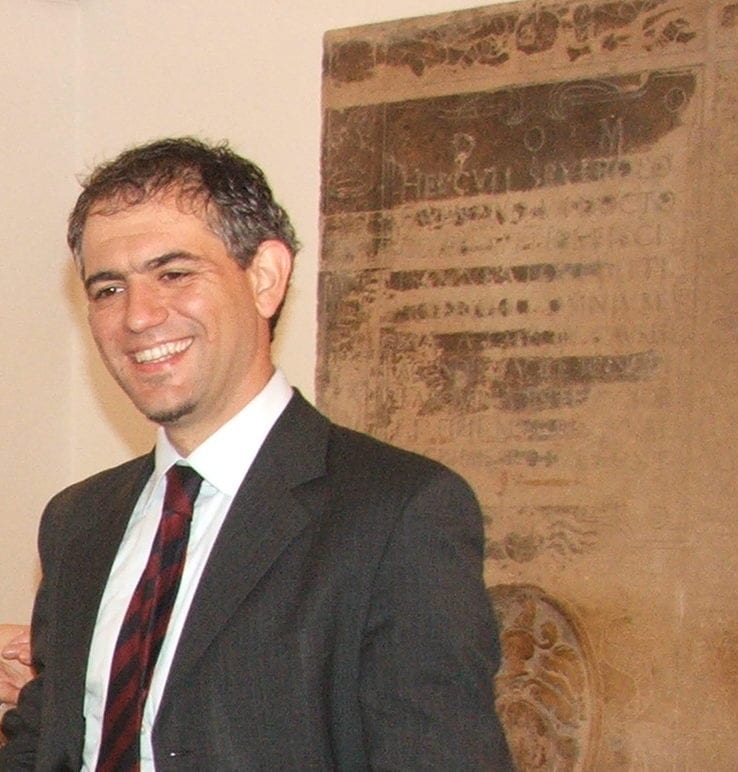 Tuesday, 30th July, after a quick, aggressive and ruthless illness, Luca Santini (43), has passed away. For over a decade he had been President of the Basic Income Network Italia (BIN Italia), an association for basic income for which he had enthusiastically contributed to as a Board Committee member. He had been championing over twenty years of study, writing, action and shared campaigns in the social movements or in governmental institutions, in favour of an unconditional and universal basic income.

Luca Santini, no longer among us, was the lawyer always smiling, cheerful, methodical, polite and brilliant we were lucky enough to meet and that now we all remember: always on the side of the weakest and most defenseless, always alongside those who claim daily rights, freedom, social protections, guarantees and solidarity.

Luca, INCA’s lawyer, Progetto Diritti’s lawyer, founder of the Rome-Dakar project, creator of dozens of initiatives and projects including the festival À travers Dakar, was also a passionate cyclist, lover of opera, cinema, poetry, music, art, literature, social and technological innovation, and interested in the transformation of cities and work. His interventions, essays, writings are scattered among magazines, such as the legendary Infoxoa, newspapers, books, articles, interviews and videos. He also had research supported by local and European institutions, collective publications and books edited by BIN Italia, up to the various Notebooks for Income (Quaderni per il Reddito), in which he has always contributed with his commitment and proverbial organizational and theoretical ability.

Hundreds of people took part at the funeral, held in Roma on August 2nd 2019, and dozens of messages of condolence were sent by precarious workers’ collectives, migrant rights associations, researchers, intellectuals, lawyers and many supporters of basic income.

In memory of him, BIN Italia will continue the promotion of basic income and social justice for all.

The Board Committee of the Basic Income Network Italia.