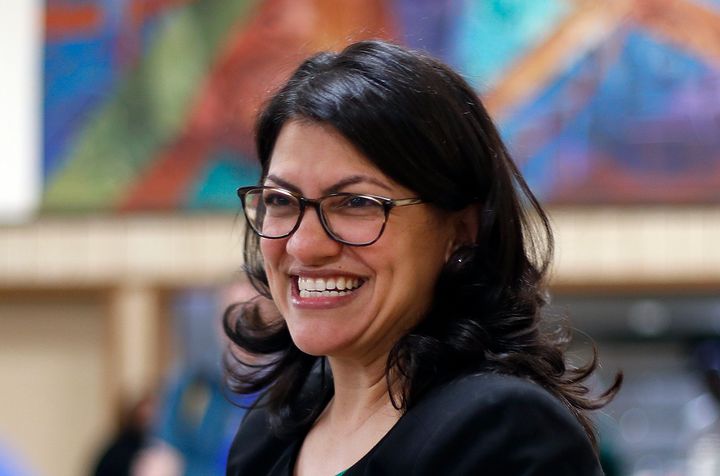 She stated that “This roundtable was the first of many that we will have to make sure we are staying rooted in what the community needs back here at home, not in Washington, D.C”, concluding that “The LIFT+ Act is just one part of ensuring that our families have the resources they need to thrive”.

The bill LIFT+ (Plus) Act announcement was made at this roundtable venue, with community members and advocates from across the district. According to Tlaib, the bill can put money in people’s pockets, through a refundable tax credit that can be paid monthly, to buy just about anything people struggle to purchase today. Community members broadly agreed that the issues most affecting them are income equality, livable wages, leave policies, comprehensive and affordable health care, and affordable childcare.

The bill itself (LIFT – Livable Incomes for Families Today), now introduced by Rashida Tlaib, is complementary to a previous text (S.4 bill) introduced by Senator Kamala Harris earlier this year (January 3rd), under the same name (LIFT). It intends to “provide relief for low and moderate-income households by introducing a new tax credit for working class individuals and families”. Under this policy, a tax credit of up to 3000 $/year (250 $/month) per adult is attributed, while families can get up to 6000 $/year (500 $/month). Eligibility is not dependent on being filed for paying taxes, so any adult can qualify if earning less than 50000 $/year (or less than 100000 $/year for constituted families). No conditions are put on how beneficiaries spend the money.

The scheme is designed as a NIT (Negative Income Tax), being dispensed on the basis of the preceding year’s tax record of the individual/family, phased out linearly when individual gross earnings fall into the 30000-50000 $/year amount. According to the authors and their teams, the LIFT+ Act would lift about 3 million children and 9 million families out of poverty, and effectively increase the earnings of about 123 million workers.

Note (1) – Redford is a town on the western border of Michigan’s largest city, Detroit, with around 48400 inhabitants