Canada: National Inquiry into violence against indigenous women reveals the necessity to eliminate poverty in the country 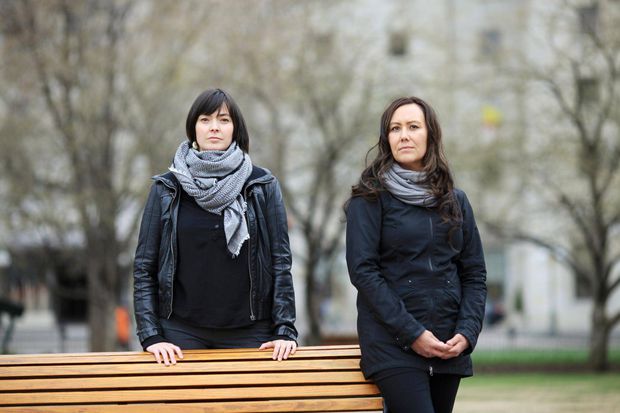 On the right: Anna Fowler (director of health & social development); on the left: Qajaq Robinson (lawyer, commissioner of the National Inquiry into Missing and Murdered Indigenous Women and Girls report), in 2016. Picture credit to: The Globe and Mail, Canada.

Research and historical evidence have firmly established that “poverty is a root cause of violence against women”. The words are from Qajaq Robinson, commissioner of the recent report National Inquiry into Missing and Murdered Indigenous Women and Girls. The importance of this report has been enhanced by the event of its presentation by Prime Minister Justin Trudeau himself, at a ceremony in Gatineau, Quebec, on June 3rd 2019.

Story after story, among the more than 2300 testimonies gathered for the report, economic dependency was at the core of this continuous violence against girls and women (mostly, but also affected some boys and men). Wether it was to keep a roof over their heads, or because they had no other forms of income, the company of violent male partners was hard to avoid. Or even because sex work was the only source of income for these disadvantaged girls and women.

The report also exposes the situation of whole communities being “destitute by design”, in which federal or regional authorities have deliberately relocated indigenous communities onto areas where their economic emancipation would be difficult, or even impossible. That on top of obsolete laws that purposely prohibited indigenous people from selling their goods to the wider society, which constitute remains of harsher first occupation days, when the overt goal was to keep these people under siege, without a way to regain power over their lands.

To escape this spiral of violence, particularly directed to indigenous girls and women, in this case, Robinson assured that a ‘guaranteed annual income’ would be a “chance to move out of survival mode and live a life of dignity”.

Emma Paling, “Why a governmental inquiry into endemic violence against women recommends a basic income for all Canadians as a call for justice”, Basic Income Today, June 12th 2019