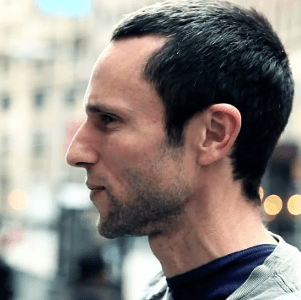 Charles Eisenstein, author, thinker and true believer that a better world is possible, has spoken his mind about Unconditional Basic Income (UBI). For that purpose, he has recorded this short video.

In his view, UBI stands as a threat for the current work marketplace, since people (getting a UBI) would not easily do “degrading, dangerous work”, or that “no one would do it for very long, or very much…unless you paid them to do it”. He goes as far as to say that UBI would “change the whole structure of the economy”, since people would no longer submit to terrifying work conditions, or under-poverty line salaries, just in order to survive. With UBI, Eisenstein reasons, “people wouldn’t be trapped in those things”. In fact, he continues, today’s economy is locked in with millions of people undergoing degrading work.

People want to do things, people have dreams, Eisenstein says. But in this present-day economy, people’s wants, needs and dreams are trampled on constantly by the relentless speed and coldness of “survival”. So, he questions affluent people: “Do you want your affluence to be built of the humiliation of other people?”. At the bottom of his argument, Eisenstein points to “force”: work is only degrading when people are forced to do it. And so UBI would simply revolutionize capitalism, since people would no longer be forced – by means of a “survival threat” – into labour, but gain enough freedom to pursue their dreams and passions.

The real threat of #BasicIncome. The power of saying "No." Now imagine everyone has an enhanced ability to refuse to work, and to demand better. UBI is "F YOU" money for all, and with that kind of power comes a new relationship between labor and management.